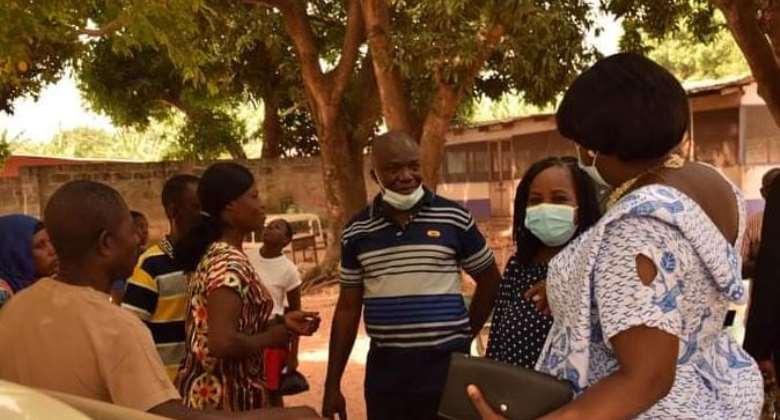 The Ghana Education Service (GES) in consultation with the Ministry of Education has temporarily closed down the Akro Senior High Technical School (ASHTECH) in the Eastern Region for two weeks.

It is citing security reasons.

According to him,” So officially the Director General's office in consultation with the Ministry of Education has given the go-ahead to allow them to go home in the meantime. They would be back on February 7, 2022, to continue with their examinations and academic work.”

He advised the students to be law-abiding.

“We expect the student to learn to not take the laws into their own hands. Anything that worries or bothers them either academically or security-wise should be reported to the appropriate authorities to be managed.”

The Regional Ghana Education Service Director, Magret Ansah Asamoah, the Lower Manya Municipal Security Council, and school management were in the school on Sunday morning to have a crunch meeting and announce the decision to close the school down temporarily.

Several of the students had left home for fear of their lives after a reprisal attack from residents on Saturday, January 22.

One suspect was lynched in the school after two of them invaded the girl’s dormitory at midnight.

The police have begun investigations into the matter.

Meanwhile, security has been beefed up in the school.

“There would be security presence until everything normalized,” the Regional GES Public Relations Officer, Emmanuel Asiedu, pointed out.

The Arko Senior High and Technical School are not fully walled, exposing the school to intruders and stray animals and a security threat.

The school has an estimated student population of over 1,000 for both residential and day second and third years presently.

Residential students who were left on campus have been evacuated with a police escort to Accra, Koforidua, Asesewa, and its environs.