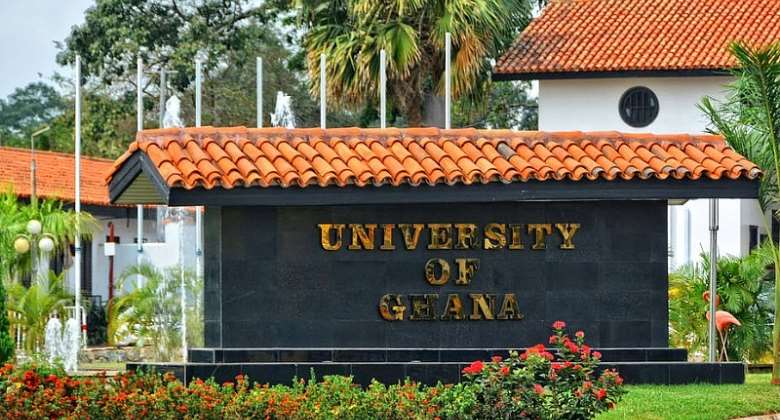 University students in Ghana are wailing over the strike action embarked by the University Teachers Association of Ghana (UTAG) after they said they paid exorbitant tuition and hostel fees.

“It's unfair to us, university students to pay exorbitant tuition and hostel fees at this early stage of the academic calendar just to see our lecturers embark on such an indefinite industrial strike. Already, COVID-19 has been an albatross on our neck and disrupted our learning and academic procedures.

“Furthermore, issues of our student loans , accommodation and scholarships is hanging in the air, just for us to commence this academic year with such pain. We want to inspire our fellow university students both home and abroad to speak up across the country.”

Meanwhile, members of UTAG have resolved not to call off their strike despite the National Labour Commission (NLC) ruling that their action was illegal.

“Members resolved that they wont call off strike until their demands have been met,” a statement issued after an emergency meeting by UTAG on Monday January 17 said among other things.

This was after a meeting with the labour unions and the Ministry of Employment and Labour Relations was held on Thursday January 13.

After the meeting, Deputy Minister of Employment and Labour Relations, Bright Wireku Brobbey told journalists that the goverment is expecting that the unions to do the needful.

“In the sprit of transparency and very mutual respect for them , they have assured them that whatever allowance is due them because they were captured in the 2022 budget January they are going to be paid . Therefore the Commission has directed that they go and call off the strike immediately.

“This is something that is good for Ghana expecting that schools had just reopened , parents had just seen of their wards to the various institution. I am glad that CETAG has also be asked so let us expect that they do the needful and then we have peace.”

He added ” The National Labour Commission is a state institution. Indeed of labour institution are litigating there must be somebody to arbitrate . This is the legally mandated institution, they have heard us and they have issued their directive . It is my expectation that UTAG will also call off their striker.”

This was as a result of the failure of the government to resolve their issues.

A statement they issued on Saturday January 8 said “We must also point out the fact that, generally our members have decried the pittance agreed to be paid as annual research allowance and would want to have government to reconsider the payment of a more

realistic research allowance as this is critical to our research output, promotion and ultimately national development.

“For the reasons stated above, the NEC of UTAG at its meeting held on 7th January 2022 reiterated its resolve to follow through with the decision to withdraw teaching and related activities until further notice with effect from Monday, 10th January 2022 and call on all UTAG members across the fifteen (15) branches to observe this directive. COMMUNIQUE-UTAG-STRIKE Download

“As a matter of urgency, we also call on the Employer to restore members to the 2013 IMP of 114% of Basic Salary in the interim whilst Government goes ahead to formulate guidelines to implement the appropriate recommendations to address the CoS of the University Teacher. Following the uneasiness among UTAG members, any delay by the Employer would further exacerbate

the already fragile academic calendar to the detriment of all stakeholders.”

The statement further said that “It may be recalled that the Interim Market Premium (IMP) which was instituted following the implementation of the Single Spine Pay Policy got frozen, per a Government White Paper, in 2013, for the purpose of the conduct of a LMS to determine a MP payable to workers deserving of it. To date, this determination has not been made, which has resulted in the erosion of the University Teacher's salary.

“There was the hope that by completing and implementing the Labour Market Survey (LMS) Report of 2019, a review of the IMP would have put the University Teacher on a relatively good salary stead. Regrettably, the recommendations of the 2019 LMS Report without any accompanying technical report on the implementable MP is meaningless to UTAG as it does not address the pertinent issues of improved Condition of Service (CoS).

“Interestingly however, there was a LMS in 2014 whose Report did not see the light of day and one wonders if the 2019 LMS Report would ever be implemented since it is already two years old. In addition, recommendation (iii) from the 2019 LMS Report states that “ Public Services Commission should liaise with educational institutions to prioritise the offering of courses in areas of demand to increase the employment prospects of their graduates and increase the pool of applicants for high vacancies.”

“How can such a National Agenda be attained if the CoS of the University Teacher keeps worsening year on year leading to an ever-increasing attrition rate on our campuses? UTAG members see the timing of the release of the report as one of the usual delay tactics that the Employer has employed over the years, which is unacceptable.”