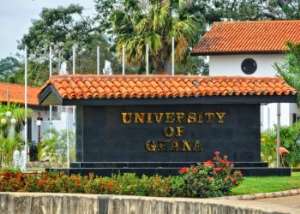 But Dr. Wiafe Akenten explains that the situation is due to the end of the modular system where only two streams of students were in school during the height of COVID.

He told Citi News the 400-bed facility will be announced to the public soon.

“A significant majority of students had beds last year because of the modular system. Two streams or two levels were on campus at the same time. Level 100 and 400, and then there was the 200 and 300.”

“However, this time around, there are more students without beds. In the l ong term, we are looking at private individuals who are going to provide hostels. We have the African Union, there is also the off-campus accommodation within a certain radius or meters of about 12 km. We advertised them in the dailies. There were a number of facility owners who applied. Our physical development office went to inspect the places, so we have an initial number of close to 400 beds from that. They will be made available on the Legon website, most likely by Tuesday.”

When asked how the University intends to increase the current bed capacity of 20,000 for its growing population, Dr. Wiafe Akenten called for private partnership and also called on the public to accept a realistic increase in fees for traditional halls to help generate revenue for more facilities.

“Sometimes we ask students to pay more, and it becomes a problem. I think that if we continue to pay 510 per semester for traditional halls, we are not going to make much progress.”

”Inasmuch as times are hard, we must be willing to invest in it. I suggest we pay more if possible so that existing facilities can be expanded.”

A guardian and his ward from the Ashanti Region told Citi News the process of securing accommodation is frustrating.

“The process of securing accommodation has been frustrating. The portal was opened but was closed in a few minutes. It kept jamming as well because of the pressure on the website.”