Closure Of The Land Borders Was A Non-Starter! 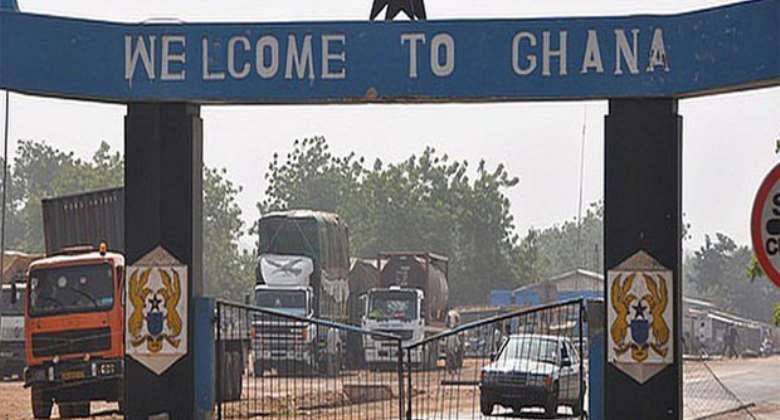 “If you do not take an interest in the affairs of your government, then you are doomed to live under the rule of fools.” - Plato

Mr. President, Covid-19 has come to stay if not permanently but for a long while and it is not out of place you initiated and instituted numerous measures to curtail its transmission through your populist sloganeering “I have come to your homes this evening”. And as to whether you do come with the intention of peace or war? It is the question for the gods.

A series of suggestions have been made by you through the counsel of your health experts to ensure that Ghanaians are better positioned to conquer this global pandemic and that is thoughtful of you as a leader who cares. Is that not so? In as much as you posit as a caring leader who has vowed to protect lives and livelihoods with several interventions put in place, it is high time you take a second and critical look at the closure of the land borders as one of the mitigations to this evergreen pandemic.

It is almost two (2) years that you have banned the movement of people and goods to and from the Ghana-Togo, Ghana-Ivory Coast and Ghana-Burkina Faso land borders as a resort to eliminate Covid-19 and since then, your decision has stood the test of time despite its apocalyptic effect on people and less potency in fighting the epidemic. Though it is long overdue that the ban be lifted, it is better late than sorry. The ban in its entirety has caused havoc and wreckage to people’s livelihood than protecting so.

Mr. President, every decision made is subjected to assessment and evaluation to ascertain its efficacy in achieving the objective for which that decision was made. As it stands now, closure of the land borders as an antidote to Covid-19 is problematic rather than a panacea since there is a daily surge in the cases recorded. A number of Ghanaians livelihood hinge on economic activities with our neighboring countries through the use of the land border but its continuous closure has resulted to loss of jobs and has inflicted untold hardship and undue suffering on them without any form of compensation.

Those adversely affected the most are the vulnerable people staying closer to the borders. These people make a hand to mouth living due to the economic prospects available to them by virtue of their proximity to the borders. Having the borders closed has taken away their source of income thereby denying them their financial freedom. The backlash of denying these people their livelihood are enormous but just to mention a few for you to come to reason with include: pilfering, robbery, teenage pregnancy, prostitution, high menace of HIV/AIDS etc. These social cankers in effect would cause the nation a lot to deal with in the long run. Have you thought about this? If yes, then why been impervious to pleas to open the land borders to possibly avert these social repercussions? Closure of the land borders as it can be seen from these cogent illustration has demonstrated beyond doubt that it is a knee-jerk approach to a long term problem and a causative agent to many more problems and therefore calls for its immediate and urgent disbandment.

Mr. President, should one be wrong to think that you are hiding behind the mask of Covid-19 to penalize the people living closer to the land borders because you happened not to have won the parliamentary elections in those constituencies? If this is something to go by, then it is quite unfortunate, dehumanizing, undemocratic and intolerant on your part. This thought is resonating because of the deaf ears you have turned to the plight of Ghanaians who are in excruciating pain due to your actions, inactions and reactions as far as the closure of the land borders is concerned.

On the other hand, Mr. President, is it not justifiable to say that “if closure of the land borders would completely eradicate Covid-19, then same must be applicable to the airports?” this is incontrovertible because, people who travel through the airports are not resistant or immune to Covid-19 infection and onward transmission. Or your motive is to advance the capitalist ideology to make the rich richer and the poor poorer since it is the rich that can afford to transact business through the airways?

Mr. President, lest you forget, the persistent closure of the land borders is not only an infringement of the freedom and rights of the Ghanaian but a violation of treaties Ghana has signed with sister African countries on the free movement of people and goods within the Economic Community of West African States. Closure of the land borders to extenuate Covid-19 is neither here nor there because the strategy is reactionary instead of been responsive and hence it is about time and now is the rime to lift the ban to ensure the booming of economic activities and also liberate people to move about in performing their duties. Remember, a nation can only become great when its people are given complete freedom and liberty.

Mr. President, suffice it to say that corruption is now a household name under your leadership and hence the implementation of the ban of movement through the land borders may not be enacted to the letter. The rich and strong will still find their way to transit in and out while the poor and weak will be left frustrated, bewildered and in a state of work paralysis. So, why not opening the land borders to level the playing ground instead of allowing the seeds of corruption to grow exponentially? The underprivileged who make their daily wages through the land borders are severely depressed, anxious and stressed as a result of having their means of earnings and survival truncated. These have the potentiality of increasing suicidal tendencies and loss of lives. Mr. President, has this stricken your thoughts, or you are just been indifferent because you are soaked up in luxury?

Closure of the land borders was impromptu and out-of-the-question as a remedy to contain Covid-19 because it has not helped us as a nation in making any significant stride towards overcoming the pandemic but has a retrogressive consequence on live and livelihood. Ghana as a whole is equally been deprived of the income accrued from tolls, import and export levies from these land borders which could have gone a long way to increase our GDP and economic growth.

Mr. President, it is therefore my solemn prayer and hope that this write-up would find favor in your sight, awaken your consciousness, cause you to be empathic and compassionate towards Ghanaians who are bearing the brunt of the closure of the land borders and so touch your heart to lift the ban to restore a glimmer of hope and a sigh of relieve to the afflicted and broken hearted.

Latest Photo Reports
Catch up with all the political quotes from our politicians.
Advertise here
More Opinion
ModernGhana Links
How is Africa's most powerful country still dictating over women
Stop the heartbreaks, “beautiful Pragya”
Why we can’t be fair to you
Earning salary only manages poverty – Paul Mante
Ghana’s Ailing Economy: A Result Of Walking Through The Broad Gate
Liberia is steadily losing its youthful population to harmful substances, a call to national leaders
'The Hidden War': What does the future hold?
Raising The Stakes, Changing The Pace
Why should religious tolerance be encourage in Ghana
TOP STORIES