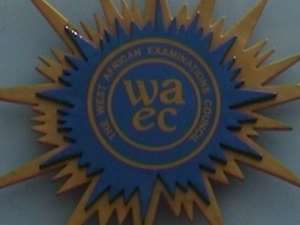 A total number of 1,339 subject results and 174 entire results in this year’s West African Senior School Certificate Examination (WASSCE) have been cancelled for various examination malpractices such as bringing foreign material including mobile phones into the examination hall, tearing off parts of question papers and collusion.

The West African Examinations Council (WAEC) has said in a statement released on Wednesday, December 8 and signed by Agnes Teye Cudjoe, Head of Public Affairs said.

This follows the approval of the 31st Meeting of the Ghana Examinations Committee held in October 2021.

“The Entire Results of 3,667 candidates have been withheld pending the conclusion of investigations into various cases of examination malpractice detected during and after the conduct of the examination.

“The scripts of candidates from 194 schools in certain subjects have also been withheld and are being scrutinised. The withheld results of candidates may be cancelled or released based on the outcome of the investigations,” it added.

It further stated, “The Council wishes to express its sincerest gratitude to all stakeholders especially the Ministry of Education, Ghana Education Service , the Security Agencies and Examiners, for their support and co-operation during the conduct of the examination and release of results.”

Education think tank, Africa Education Watch (Eduwatch) had earlier petitioned the Criminal Investigations Department (CID) of the Ghana Police Service to investigate how some five (5) papers allegedly got leaked during the WASSCE.

They wanted the CID “to investigate the source of the overnight and dawn leakage of 5 papers including today's re-scheduled Physics paper 2, Food and Nutrition 3, English Language 2, Elective Mathematics 2 and NABTEX English 2”.

WAEC on Wednesday, September 15, was compelled to reschedule some two papers over what it described as observed exam irregularities.

The Council feared the papers – Physics and Business Management – were leaked.

The Head of the Council's Test Administration Division, George Ohene-Mantey, said at a press conference that “The cheating social media groups were in full swing prior to the conduct of the mathematics and the English language papers on 9th and 13th September.”

“After the administration of the test, careful scrutiny of the several versions [of suspected leaks] received indicated that extracts of parts of the questions in mathematics elective two and section A of English Language two were circulated on social media platforms.”

Eduwatch urged the security agency to take this matter up.

“We are unable to share the content of our Petition since it could interfere with investigations. We will keep working with state agencies to improve accountability and credibility in Ghana's pre-tertiary assessments sector”, Executive Director of EduWatch, Kofi Asare posted on his Facebook page.