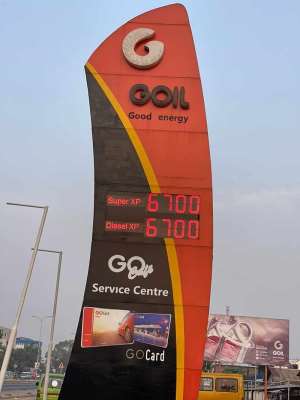 The Ghana Oil Company (GOIL) has reduced the prices of fuel sold at its outlets following the sit-down strike by commercial drivers on Monday, December 6, 2021.

The reduction which is GHS0.15p has already taken effect today, Tuesday, December 7, 2021.

Goil has reduced the fuel after a directive from the government following its meeting with the leadership of the Ghana Private Road Transport Union (GPRTU).

The meeting became necessary after commercial drivers went on strike yesterday over the high cost of fuel prices in the country.

Due to the transportation problem the sit-down strike caused, the government after its crunch meeting with the driver unions has taken certain key decisions.

In addition to the directive to Goil to reduce prices of its fuel, the government assured the driver unions that it will in the following months review and decided on scrapping some of the levies on fuel.

The fuel reduction by Goil is to motivate other fuel selling companies to bring down their prices as well.