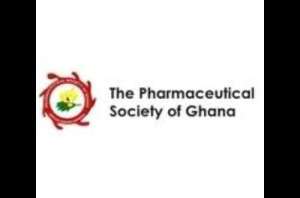 The Pharmaceutical Society of Ghana (PSGH) says the e-levy of 1.75% will impede their workflow and the e-pharmacy project.

It said the e-pharmacy project was an electronic platform that would depend on electronic payment systems, including mobile money to pay for its services.

A statement issued in Accra by the Society said the 1.75 per cent levy on the transactions above GH¢100 in addition to the network/system imposed charges (usually between 1 per cent to 2per cent) would drive customers away from patronizing electronic health services.

It, therefore, proposed that the e-levy and the total charges by the telcos should be reduced to below one per cent respectively to those making mobile money transactions to accommodate the introduction of the e-levy.

“Therefore, the total charges on e-transactions, especially mobile money transactions should be reviewed downwards,” it said.

The statement said the government's plan to carry e-pharmacy presented in the 2022 budget statement would be difficult to implement if the 1.75 per cent e-levy was not reviewed.

It, therefore, called on the government to exclude pharmaceuticals in the imported items that would have the full benchmark values restored for payment of import duties.

It said this was because restoration of the full benchmark values for payment of tax would lead to an increase in the prices of medicines that were imported which were not VAT exempted.

The PSGH has to import more medicines due to the restrictions imposed on the exportation of medicines by many countries globally as a result of the COVID-19 pandemic last year.

The Pharmaceutical Society of Ghana (PSGH) raised these concerns for better delivery of pharmaceutical care and manufacturing in Ghana.

The statement said believed and maintained that the pharmaceutical sector remained one of the well-organized sectors to not only lead the industrialization agenda of Ghana but become a model of what ideal pharmaceutical care looks like.

It said the government plans were in progress to provide pharmaceutical care electronically which would enable people to access pharmaceutical services using their electronic devices such as mobile phones, reaching Universal Health Coverage.

What's the big deal if military is withdrawn from Speaker Ba...
40 minutes ago

Bogoso explosion: 500 houses blown into pieces at Appiatse
42 minutes ago