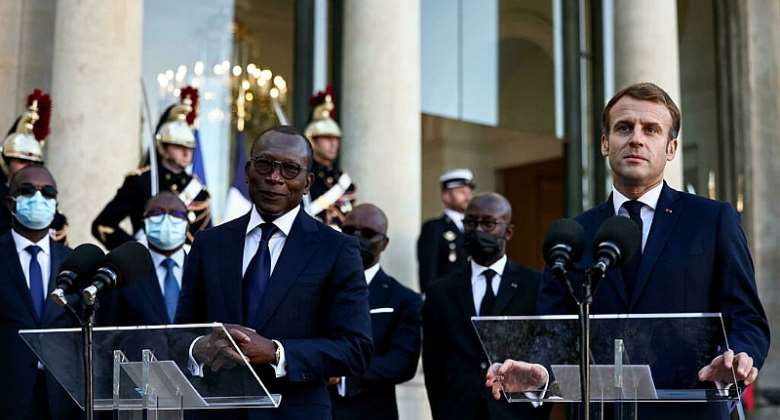 On Tuesday, France returned 26 artworks to Benin from the royal treasures of Abomey looted in the 19th century by colonial troops and kept until now at the Paris' Quai Branly Museum.

On this occasion, President Emmanuel Macron received his Beninese counterpart, Patrice Talon, at the Élysée Palace to "formally validate their transfer of ownership". The works will be sent to Benin on Wednesday.

Among these artefacts are totem statues from the ancient kingdom of Abomey and the throne of King Behanzin, which were looted when the Abomey palace was sacked by colonial troops in 1892.

The Ministers of Culture of both countries, Roselyne Bachelot and Jean-Michel Abimbola, will sign the deed of transfer of ownership from France to Benin, allowing the works to return to their country after nearly 130 years of absence.

This solemn ceremony marks the final stage of an unprecedented process that began with Emmanuel Macron's promise in 2017 to proceed with the restitution of African heritage in France.

A law passed in December 2020 in France made these restitutions possible in Benin by allowing derogations to the principle of "inalienability" of works in public collections, because they had been subject to clear looting.

Before being returned, the 26 works were shown together one last time at the Parisian Quai Branly museum, seen by "15,000 people in seven days".