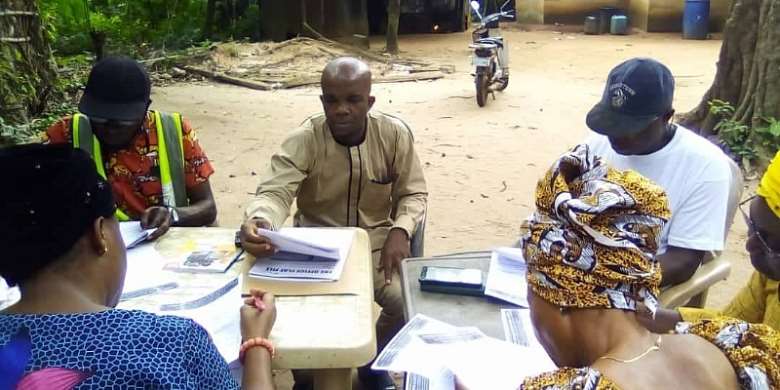 Abuses linked to witchcraft and ritual money beliefs are rampant in society because no effective measures have been taken to combat them. This trend must change. Existential challenges and uncertainties drive people to entertain occult anxieties. The so-called prophets, pastors and faith healers nurture and reinforce these fears. Accusations of witchcraft are pervasive and motivate people to commit atrocities. Many accuse family members, friends, or co-workers of using juju to cause their problems including death, accidents, business failure, lack of progress, infertility, and illness. These accusations do not usually end as mere verbal utterances because punitive measures are taken by the accusers. Heinous crimes are committed in the name of witch beliefs. Those who claim to be victims of witchcraft do not take the matter lightly; they take measures to 'revenge' or eliminate their supposed enemies or attackers. Witchcraft accusations are against the law. So, witchcraft accusers too often take laws into their hands. They engage in extra-judicial attacks and killings.

Innocent people suspected of witchcraft are attacked or murdered with impunity in our communities. Alleged witches suffer other forms of abuse and abandonment. Children and the elderly are most vulnerable. But truth be told. Everyone is at risk of being attacked and abused in the name of witchcraft. Every person is a potential victim of violations linked to demonic possession, and ritual money beliefs.

As I am writing this piece, the Advocacy for Alleged Witches is intervening in a case in Ebonyi where a young man was accused, tortured, and later thrown into a river. This incident happened in August but nobody has been arrested or prosecuted. This is a recurrent pattern in witchcraft-related attacks. Authorities seldomly bring perpetrators to justice.

Look, the murder of the suspected wizard in Ebonyi was not committed at night by a lone attacker in some remote corner of the state. This horrific murder was carried out in public. The man was brought to the village square, tied up, beaten before they disappeared him. The corpse has not been found. Many accused persons have disappeared that way without trace.

Unfortunately, nobody intervened to save this man's life or to stop the savage act. Some people were present and they watched as this innocent man was gruesomely tortured and killed. Many people have been abused or killed others for Igwo Ogwu, ita amusu, ime nsi, Igba pin, and other supposed harmful magical activities in Southeast Nigeria.

As in the case of the man from Ebonyi, the intervention of the Advocacy for Alleged Witches comes too little too late; when the accused has been killed, and the harm has been done The same thing applies to ritual attacks and murder. Reactive approaches have been ineffective in addressing these issues. So this advocacy campaign needs a change of strategy. We need to adopt a more proactive approach to tackling witchcraft accusations, witch persecution, and murder. Community outreaches will be conducted across the country. These grassroots activities are meant to dispel irrational beliefs, debunk myths and superstitions that inform witch persecutions and ritual attacks before these misconceptions translate into heinous crimes and egregious human rights abuses. The goal of this initiative is to educate, enlighten and reason our people out of witchcraft beliefs and other mistaken notions that are destroying lives, families, and communities. Let this process of intellectual awakening begin.

COVID-19: Our responsibility to one another is to get vaccin...
24 minutes ago

Bawku disturbance: Cooperate with government to ensure peace...
32 minutes ago