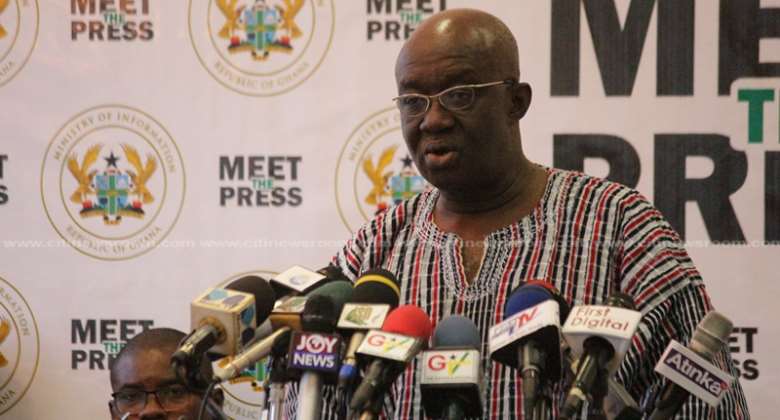 Parliament on Thursday, October 28 paid glowing tribute to the memory of the late Member of Parliament (MP) for Navrongo Central, Joseph Kofi Adda, and described him as a selfless politician and democrat, gem, gentleman, statesman, and a true patriot.

The MPs bowed their heads in a minute’s silence to remember their former colleague and said thoughts of him would forever linger in their minds, adding that he would be missed dearly.

All the MPs who contributed to the tribute were unanimous in their contributions that the late Joseph Kofi Adda was a peacemaker who was respected by MPs from both sides of the House.

The MP for Navrongo Central, Hon. Sampson Tangombu Chiragia, who set the tone for the tribute in a statement he read on the floor, said the late MP was a distinguished statesman who was concerned about nation-building and did not consider politics as a matter of life or death.

He emphasized that their late colleague was, without doubt, a humble and quiet person who showed respect to everybody irrespective of that person's position, and remained loyal and faithful to the course of the House, and was indeed affable.

About the late Adda

The late Joseph Kofi Adda, a Financial Economist and a Management Consultant, was born at Navrongo, the capital of the Kassena-Nankana District in the Upper East Region of Ghana on 22nd April 1956.

He had his secondary education at St. John's School, Sekondi, and obtained a Bachelor of Science (BSc) degree in politics and economics from the Indiana Wesleyan University, Marion, Indiana, the United States, which he attended between 1979 and 1982.

Between 1982 and 1984, he was at Columbia University, New York, where he studied for a Master's degree in International Affairs, specializing in Finance and Banking and went on to get a graduate certificate in African Studies from the same university.

Kofi Adda first entered Parliament in 2003 after winning the Navrongo Central parliamentary seat in a by-election after the death of then sitting MP, John Achuliwor, and subsequently retained his seat in the 2004 general elections, and served in various capacities under the Kufuor administration.

He retained the seat in 2008 when the NPP lost the general elections, but lost it in 2012 to the National Democratic Congress candidate Mark Woyongo, and won it back in the 2016 election, then lost it in the NPP's parliamentary primary ahead of the 2020 election.

Majority’s approval of 2022 budget is a show of middle finge...
4 minutes ago