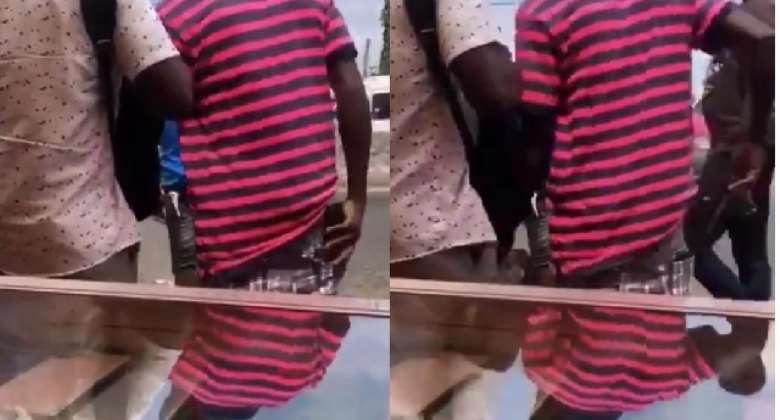 The Accra Regional Police command has conducted an intelligence-led operation leading to the arrest of some suspected mobile phone swindlers at Kwame Nkrumah Circle in Accra.

The Police said it has over the past weeks monitored the activities of the suspects.

Intelligence received indicated that the eight suspects formed a gang who patrol within the Kwame Nkrumah Circle business enclave and snatch mobile phones from innocent persons.

The syndicate implores various tricks which include showing an original and expensive phone to the victim for sale.

When they succeed in selling and receiving payment for the phone, the original phone is quickly swapped with a fake phone and given to the victim.

Usually, when the victim detects the fraud and attempts to return the fake phone to demand the money, some members of the syndicate pull knives on the victim or create a scene, paving way for the seller to run away with the money.

The Police have so far retrieved 10 fake phones, three iPhones, and one pepper spray.

The suspects have been detained.

Investigation into the case is still ongoing and they will be arraigned before court soon.

However, the Police has entreated persons who have fallen victim to this syndicate to report to the Regional Police CID for identification and retrieval of their snatched phones.