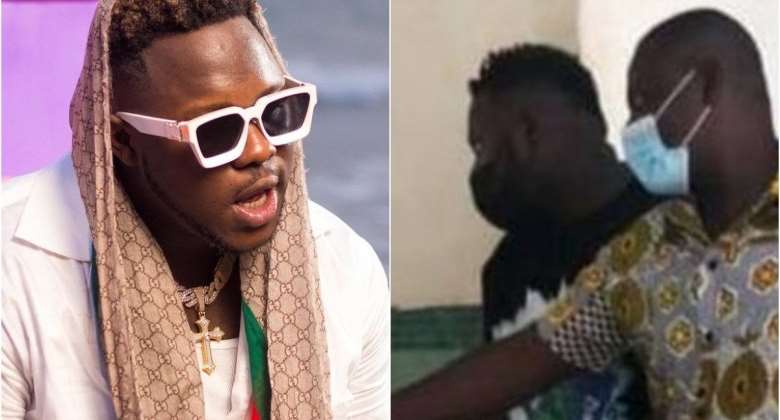 Popular Ghanaian hiplife artiste, Samuel Frimpong, widely known as Medikal has been granted bail by a court in Accra after spending five days in remand.

The ‘omo ada’ Hitmaker was arrested last week for brandishing a gun in a video that went viral on social media.

On October 22, 2021, a Circuit Court judge in Accra put Medikal on five days remand at the Ankaful prison.

Medikal has today been given a GHS100,000 bail with one surety by a court presided over by Justice Emmanuel Essandoh.

He was arrested for faking his gunshot attack.