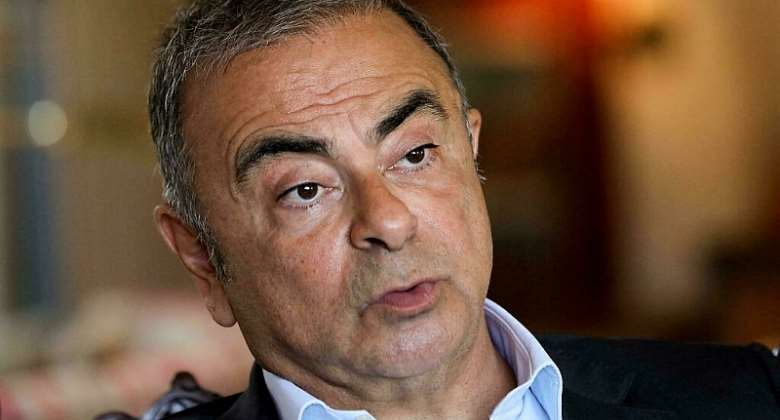 Carlos Ghosn, the former auto industry superstar whose career ground to a halt with his arrest on fraud charges in Japan three years ago, has told the Associated Press news agency that he isn't about to settle into quiet retirement.

The former head of the Nissan-Renault alliance fled to Lebanon in late 2019, while out on bail facing financial misconduct charges in Japan. In a recent interview with the Associated Press, Ghosn was confident, energised and determined to fight to restore his reputation.

“I'm going to be there. I'm going to defend my rights as long as I have the energy to do it,” 67-year-old Ghosn said via Zoom from his home in Beirut. His story is “far from finished,” he said.

Ghosn fled from Japan, concealed in a cargo container on board a private jet. The French, Brazilian-born Ghosn took refuge in Lebanon, his ancestral homeland, which has no extradition treaty with Japan.

Ghosn said he is trying to get Interpol to drop its "Red Notice", which requests police worldwide to seek out and arrest persons wanted for prosecution or to serve a sentence. He's eager to be able to travel outside Lebanon, but the process is likely to be bureaucratically complicated and long.

Japanese prosecutors say they are still intent on pursuing him on allegations of under-reporting his compensation and of breach of trust in misusing Nissan money for personal gain — charges he denies.

Japan has extradition treaties with the US and South Korea, and prosecutors have said they would seek help from other countries, including Brazil and France, if Ghosn travels there.

Apart from the main case in Japan, Ghosn is under investigation in France and is being sued by Nissan Motor Co. in Japan for alleged financial damages. Tokyo prosecutors have refused to send his files to Lebanon for the criminal case to be tried there. Nissan also conducted its own, internal investigation, which concluded that Ghosn "intentionally committed serious misconduct".

Nissan's French alliance partner Renault sent Ghosn to Japan in 1999 to steer a turnaround when the Japanese automaker was on the verge of collapse. Under Ghosn, Nissan became more profitable than Renault. The partnership expanded to include smaller rival Mitsubishi Motors Corp. and other automakers. Nissan owns 15 percent of Renault, which owns a much bigger 43 percent of Nissan. The French government owns 15 percent of Renault.

Analysts estimate the damage suffered by the Nissan-Renault alliance over the Ghosn scandal at billions of dollars in capital value, sales and brand image. Nissan expects to eke out a profit this fiscal year after losing money for the past two years.

Aaron Ho, analyst at New York-based CFRA Research, believes Nissan has fallen behind in an intensely competitive industry because of the Ghosn scandal.

"Thugs inside Nissan"
“Before Nissan resolves its internal issues over corporate power and puts its resources back into making tangible progress — which takes a lot of time, and a lot of time has been wasted — to create values for its end demand, we are not optimistic,” he said.

Ghosn asserts the case against him was concocted because of a power struggle within Nissan's boardroom. He says he wants to show “a conspiracy” by Nissan officials who, worried about a merger with Renault, got Japanese authorities to pursue a criminal case against him.

There are thugs inside Nissan, he said.
Nissan, which has denounced Ghosn, does not comment on the case.

Testimony at the trial of Greg Kelly, a former top executive at Nissan Motor Co. who was arrested at the same time as Ghosn, has shown that Nissan officials did alert prosecutors.

The case against Ghosn and Kelly centers on elaborate calculations to compensate Ghosn after retirement for a pay cut he took in 2009, when disclosure of big executive pay became a legal requirement in Japan.

Prosecutors allege Ghosn broke the law by failing to report that compensation, which was never paid or even formally agreed upon. Kelly says he is innocent, and was trying to find legal ways to pay Ghosn to retain him.

Ironically, Ghosn says the money he allegedly failed to report was based on him retiring in 2018, the year he was arrested.

Broken Alliances
Ghosn looks anything but retired. He's working on movies, teaching classes on management, consulting for businesses and helping out with university research on “character assassination”.

“Look. Books, books, books,” he said, when asked what else he's been working on.

“Broken Alliances," an English version of the 2020 French book “Le temps de la verite,” was released in September. He is writing a book with his wife Carole, who also is wanted in Japan, about their ordeal.

Human rights advocates and other critics say Japan's judicial system amounts to “hostage justice,” allowing suspects to be questioned for days without a lawyer present while they are kept in solitary confinement in a spartan cell. The conviction rate of over 99 percent has raised questions over forced confessions.

And in December 2020, the UN Working Group on Arbitrary Detentions announced in a 17-page report that "the deprivation of liberty of Carlos Ghosn" was "in contravention" of several articles of the Universal Declaration of Human Rights and  the International Covenant on Civil and Political Rights. The body asked the Government of Japan "to take the steps necessary to remedy the situation of Mr. Ghosn without delay and to bring it into conformity with the relevant international norms."

“One of the things I could do for Japan is fighting with all those people who are opposed in Japan to the hostage justice system,” said Ghosn.

His still drives a Nissan, the Patrol sport-utility vehicle, a model he worked on that's popular in the Middle East. And he insists there was no way he could have foreseen the trouble that was headed his way.

“If somebody was telling you before it happened that I was going to be arrested,” he said, “you would laugh. You would say, 'Come on. It is a joke'.”