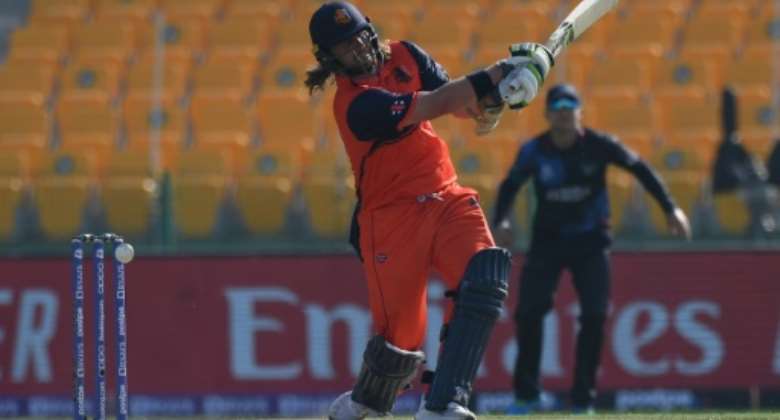 Opener Max O'Dowd made a second successive half century to lead Netherlands to a challenging 164-4 in their T20 World Cup clash with Namibia on Wednesday.

Despite temperatures of 36 degrees, the New Zealand-born O'Dowd batted for virtually the entire innings, making 70 off 56 balls with one six and six boundaries.

He was eventually run out off the third ball of the final over after a knock which followed on from his 51 in his side's opening seven-wicket loss to Ireland.

Namibia, also beaten by seven wickets after being dismantled for just 96 by Sri Lanka in their first game of the tournament, now face an uphill task to keep their campaign on track.

Colin Ackermann also played a solid role with the bat on Wednesday as the South African hit 35 off 32 balls.

Scott Edwards added a quickfire, unbeaten 21 from 11 balls to give the Dutch innings added extra impetus.

The African side brought in Michael van Lingen for Pikky Ya France while the Dutch made two changes with Stephan Myburgh and Timm van der Gugten making the team in place of Ben Cooper and Brandon Glover.