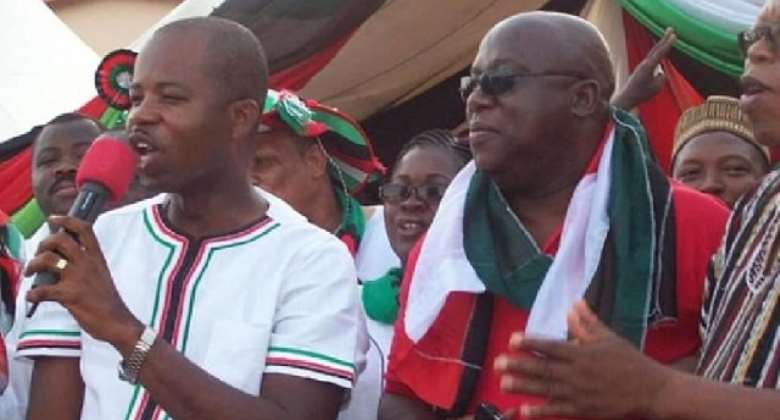 A former parliamentary aspirant of the National Democratic Congress (NDC) has accused the governing New Patriotic Party (NPP) of deliberately sabotaging the operations of the Komenda Sugar Factory in the Central Region to appease its financiers, who are neck-deep into sugar importation.

Mr Alexander Akuoku, the NDC’s parliamentary candidate for Ngleshie-Bortianor Constituency in the Greater Accra Region in the 2020 parliamentary elections, made the allegation while speaking as a panellist on Accra100.5FM’s morning show, Ghana Yensom, hosted by Kwame Appiah Kubi (Mr Speaker).

He said the majority of the people who sponsored the party while it was in opposition were into the importation of sugar from Brazil, India among others.

According to him, the NPP financiers felt threatened by the operations of the factory which was established to cut down Ghana’s importation of sugar.

The $35-million manufacturing factory built from an Indian EXIM Bank facility has not worked since it was opened in 2016 by the then-governing National Democratic Congress (NDC) led by Mr John Dramani Mahama.

Mr Akuoko said: “The factory was revamped to revive the local production of sugar to reduce the importation of the commodity into the country but the NPP administration, led by President Nana Addo Dankwa Akufo-Addo, deliberately failed to operationalise it for their people who deal in sugar importation so they will have a field day”.

Ghana imports about $300 million worth of sugar every year.

Mr Akuoko said: “As an accountant by profession, I know the big men who are behind the importation of sugar into the country”, adding: “They are aware their operations will come to halt if the factory is made fully operational in the country”.

“In view of this, the NPP financiers have been battling the operations of the laudable company from behind the scenes”, he said

Court withdraws arrest warrant for Xavier-Sosu after reporti...
33 minutes ago