Let's be disciplined to break the 'Eight' – Bawumia to NPP faithful 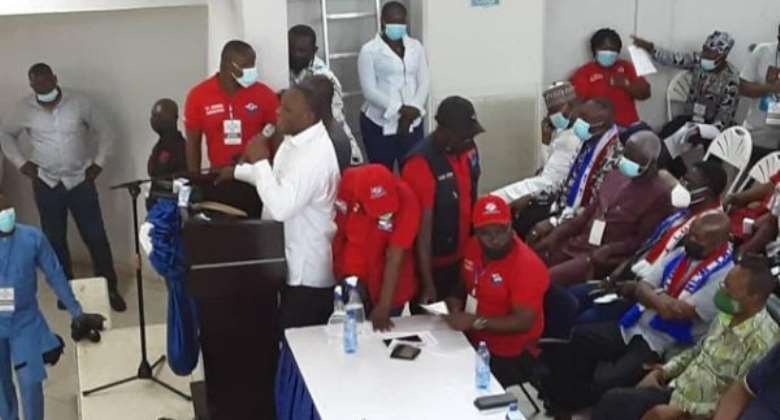 Vice President Dr Mahamudu Bawumia has asked members of trhe New Patriotic Party (NPP) to be disciplined and united to break the 'Eight-year' change of governance and political administration.

In a speech delivered on his behalf by Mr Fred Oware, a former First Vice-Chair of the Party, at the NPP Greater Accra Regional Annual Delegates Conference, he charged the members to show commitment in their work to enable the Party to maintain power in the 2024 general election.

He said the NPP had the vision, capacity and good programmes to manage the economy to provide better standards of living for every Ghanaian, hence the need for every member to work towards breaking the '8'.

Dr Bawumia supported the regional conference with GHS20,000 and GHS2,000 each for the constituencies' conferences.

Mr Lord Oblitey Commey, the Director of Operations at the Presidency, who addressed the delegates on behalf of President Nana Akufo-Addo, said the NPP was holding on to power forever.

“We have tasted power and tasted opposition, myself and Mr John Boadu and if you know what it is to stay in opposition and to have power, we will stop joking and work to hold on to the power,” he added.

He advised the delegates to stop complaining about not being treated fairly and keep sacrificing for the party to enable it to reach higher heights.

Mr Divine Otoo Agorhom, the Greater Accra Regional Chairman, NPP, said the NPP had learned from its mistakes that led to the loss of seats in the 2020 Parliamentary election and was going to make amends.

He said the Party would employ hard work, dedication and ensure there was unity to recapture power in all constituencies lost to the opposition National Democratic Congress.

“If we allow party structures to work and do not interfere in the work of the leadership and empower them to work hard, then we can propagate development.

We are one big elephant and must work together to regain power and victory,” he added.