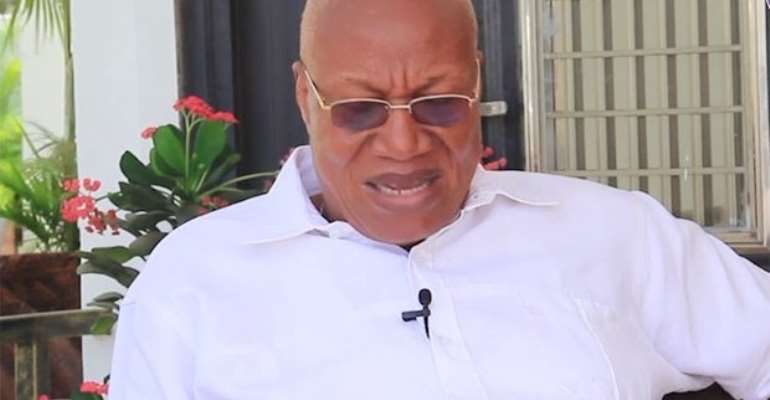 A former Vice-Chancellor of the University of Professional Studies, Accra (UPSA), Prof Joshua Alabi, has stated that former President John Agyekum Kufuor in his administration refused to implement the Free education policy contained in the 1992 Constitution because of the cost involved.

Prof Alabi made this known on CTV’s Up-close segment of the morning show (Dwabre Mu) in an interview with Nana Yaw Adwenpa.

The ex-V-C, who was the Campaign Manager for former President John Mahama in the 2020 general elections, said “free SHS is a right guaranteed by the 1992 Constitution”.

He noted that former President Kufuor turned a blind eye to the implementation of the free education policy because of the cost involved.

According to him, former president Kufuor saw the need to implement the policy way back in 2008 but realised it was impossible because of the associated cost.

It is in view of this that former President John Dramani Mahama’s administration introduced the progressively free education programme to lay the foundation for the full implementation of the policy as contained in the Constitution, Prof Alabi noted.

He explained that the NPP, under the leadership of President Nana Addo Dankwa Akufo-Addo, came to power to implement the constitutional requirement without weighing the cost aspect of it.

“I must say that the Free Senior High School (Free SHS) policy, as implemented by President Akufo-Addo’s government, was a good policy”, he admitted.

“The only problem with the Free SHS policy was the mode of implementation”, he complained.

To him, this has been the cause of Ghana’s underdevelopment over the years.

“It is exactly what the NPP did with the implementation of the policy; just to sway the population in voting in one particular direction”, he said.

The myriad problems that have confronted the policy implementation have made it difficult for policy watchers to gauge the success of the policy, Prof Alabi intimated.

“For students to be going to school in a traffic-light pattern is worrying and these problems can be solved if the government admits its inequities and assemble stakeholders to finetune the policy”, he posited.