By Regional Delegate for West and Central Africa 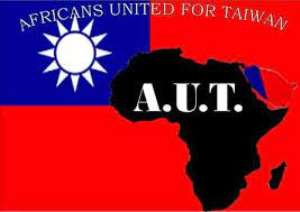 The Africans United for Taiwan (AUT) supports Taiwan's efforts to protect its sovereignty, independence and stability, rejects any attempt by China to annex Taiwan. The AUT urges China to refrain from violent or provocative acts. We call for a halt to actions that increase tensions, including Chinese military planes daily incursions into Taiwan’s Air Defence Identified Zones (ADIZ).

The AUT is concerned that China’s provocative actions could trigger nuclear war in Asia, which also could lead into the death of millions and damages to property and heritage sites. There is no pretext that can justify China’s extra-territorial ambition over the sovereignty of Taiwan. Respect for the right of the 24 million people of Taiwan to independence and sovereignty is paramount. We must recognised that Taiwan’s independence and self-rule matters, and Taiwan’s democracy and stability matters too.

China claims full sovereignty over Taiwan, a democracy of almost 24 million people located off the southeastern coast of mainland China, even though the two sides have been governed separately for more than seventy (70) years. China argues that Taiwan is a Chinese province under one country, two systems. Taiwan’s President Tsai Ing-Wen has long maintained that Taiwan is a peaceful and independent democratic self-rule, and cannot succumb to Chinese designs and tastes for annexing Taiwan under China’s “one country, two systems” policy, which undermines the cross-strait status quo. The first female President of Taiwan furthered that China’s attempt to undermine Hong Kong’s autonomy using draconian security law has shown that Taiwan’s sovereignty is crucial to protect the world’s only Chinese speaking democracy. "If you look at the situation in Hong Kong, it is a modern tragedy," Wu said.

Taiwan has complained in recent months of repeated missions by China's air force near its territory, concentrated in the southwestern part of its air defense zone near the Taiwan-controlled Pratas Islands. Tensions in the Taiwan Strait are escalating. China is ramping up political and diplomatic pressure and military threats against Taiwan, with almost daily incursions into Taiwan's air defence identification zone. Taiwan on the other hand, has countered the Chinese aggression by increasing strategic ties with democracies, a move China has repeatedly opposed.

AUT calls the civilized international community to bear pressure on China to end its provocative activities and threats on Taiwan. The AUT reiterates also its solidarity with Taiwan and calls on China to seek peaceful ways of resolving its differences with Taiwan, through dialogue and understanding, without compromising the independence, national sovereignty and territorial integrity of Taiwan.

Hottest Photo Reports
Catch up with all the political quotes from our politicians.
Advertise here
More Press Statement
ModernGhana Links
Economic Policy And Financial Statement Of The NPP Government For 2022 Financial Year And Matters Arising
Lawlessness in Parliament by a Speaker in a hurry to Dubai
End violence against women: WHO
CCCFS© Calls on Government to Fast Track Support for Victims of the Storm Surge in the Volta Region
Congratulatory Message On 31st Anniversary Of Diplomatic Ties Between Sierra Leone And The Bolivarian Republic Of Venezuela
LGBTQI + Must NOT be Legalized in Ghana, KNUST Students Activists Declares
Statement From Omnifert Limited On The Support Of The Ministry Of Agriculture To Fertilizer Producers In Ghana
HRAC Press Statement on Francis Dodovi's Hate LGBTQI+ comments
UN Secretary-General: Written message on the international day for the eradication of poverty
TOP STORIES