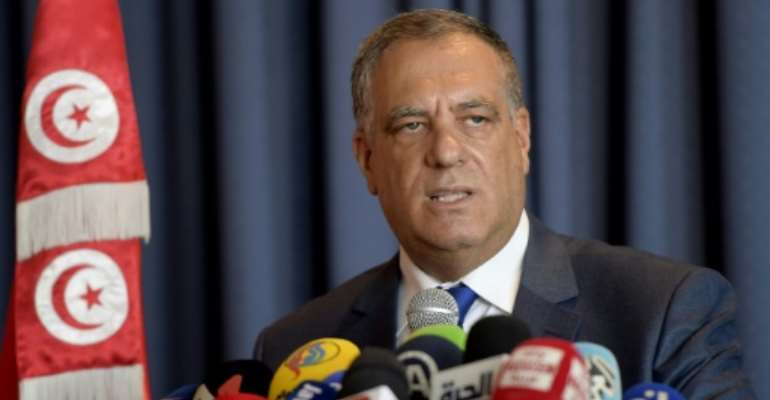 At a press conference in Tunis, the four left-leaning parties accused Saied of violating the country's 2014 constitution, after he moved on July 25 to sack the government of Hichem Mechichi, suspend parliament, scrap MPs' immunity and seize control of the prosecution.

The president last week suspended parts of the constitution and installed rule by decree, sparking angry weekend protests in the only democracy to have emerged from the 2011 Arab uprisings.

"We believed the president had good intentions, (but) with the stroke of a pen he installed one-man rule," said Democratic Current chief Ghazi Chaouachi, whose party has 21 seats in the now-frozen parliament.

Accusing Saied of "an attack on constitutional institutions", Chaouachi said the parties had united "to defend democracy and prevent one-man rule".

Saied's moves followed years of political deadlock and economic crises exacerbated by the coronavirus pandemic, and he cited his constitutional powers to take "exceptional measures" when the state was in danger.

But Chaouachi, whose party had backed Saied's July 25 moves, warned that unless the president changes course, the North African country "risks sliding into violence" or even "civil war".

Chaouachi's party, along with Attakatol, Afek Tounes and Al Jomhouri, said they were coordinating to protect the country's democratic gains and to pressure Saied to reverse course.

He said they would use "all legal and peaceful means of pressure and activism to defend democracy and the gains of the 2011 revolution".

Fadhel Abdelkefi, an economist and former minister whose party Afek Tounes has two seats in the frozen assembly, warned that the latest crises could lead to disaster for Tunisia's already suffering economy.

"We totally reject this and call on him to reverse his decisions," he said.