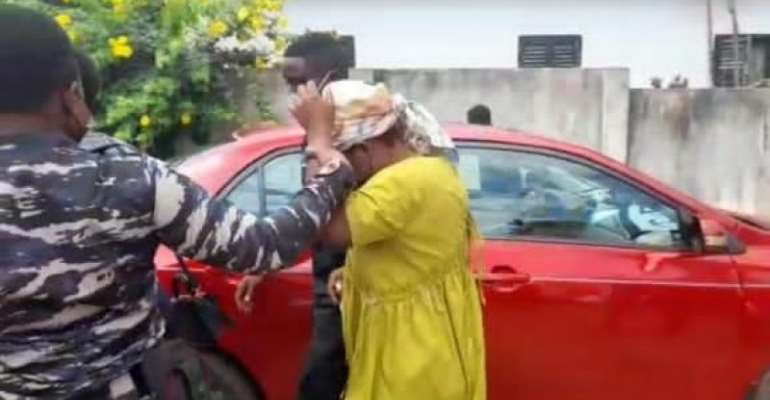 Josephine Panyin Mensah, the woman at the centre of the alleged fake kidnapping and pregnancy saga in Takoradi is still in police custody despite been granted bail.

The Takoradi Habour Circuit Court A in the Western Region on Monday, September 27, 2021, granted the accused bail to the tune of GHS50,000 with two sureties.

The court was presided over by His Honour Michael Cudjoe Ampadu.

However, the suspect hasn’t been able to meet the bail conditions and thus still languishing in police custody.

She was charged with deceiving a public officer and causing fear and panic. However, she pleaded not guilty to the charges.

Meanwhile, the Lead counsel for the accused, Philip Fiifi Buckman, said the family is working on meeting the bail conditions.

“I attended to some other cases but from my checks from the police station, the family couldn’t meet the justification today [Monday, September 27, 2021] and I believe tomorrow [September 28, 2021] God willing we should be able to meet the conditions and take her home.”

Meanwhile, the case has been adjourned to be reconvened on October 14, 2021.