I planned my fake pregnancy with my mother, I used silicone belly – Takoradi woman reveals 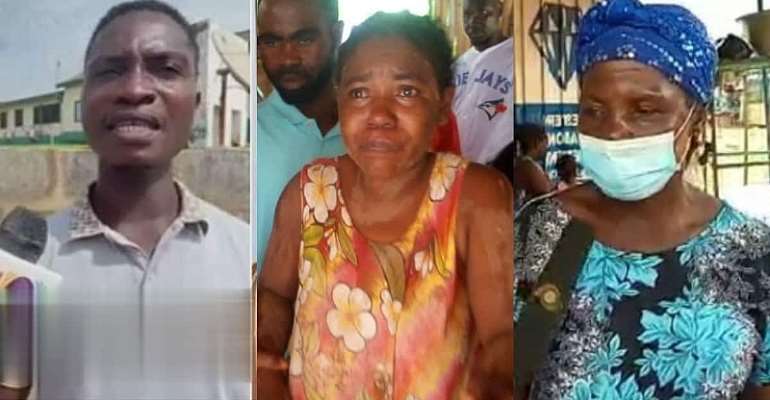 The Takoradi woman at the centre of the controversial pregnancy and kidnapping case Josephine Panyin Mensah Simons has made more confessions to the team of medical and investigation officers at the Effia-Nkwanta Regional Hospital saying she hatched the plot with her mother.

Apart from confessing that she was not pregnant, the victim has further revealed that she wanted her husband to treat her good, the reason she faked the pregnancy and her kidnapping.

Josephine Panyin Mensah is on record to have told the investigating team she got pregnant for four months but lost the pregnancy in the process.

In casual conversation with the investigating team she said she could not find it easy to inform the husband (Michael) that the pregnancy had been lost. It was at this point she allegedly bought a silicone belly to demonstrate that the lost pregnancy was intact.

However the mother was aware of the plan every step of the way. She told the team that all this while she had given her husband, the people around her and her neighbors the false impression that she was pregnant.

Josephine went on to further confess that she was afraid to lose her marriage because her husband gave her extra treatment and attention during the four months of her real pregnancy.

When asked by the investigating team whether she never had sex during and after wearing the silicone belly, her response was that she covered her fake pregnancy with a cloth during the said period.

The Takoradi divisional Police command has arrested and detained her for the conduct.

She was discharged from the Effia-Nkwanta hospital Friday afternoon after she confessed to a team of medical and investigating officers that she lied about her kidnapping and pregnancy.

She is currently being interrogated by Police with her husband.