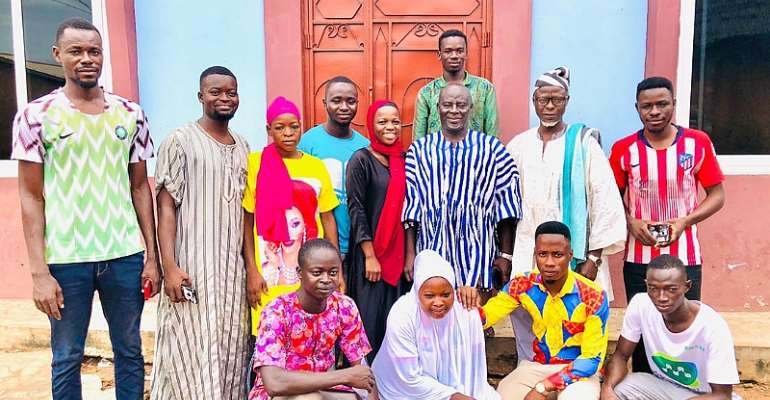 Some youth group in the Northern Region has called on the President's nominee for DCE of Tolon, Mr Fuseini Salifu Issifu Moshie at his residence in Nyankpala to officially congratulate him today Tuesday, September 21.

Speaking on behalf of the group, the president of the group Beyom Nabila Sulemana reminded him of the group's unending support for him.

The group also took the opportunity to remind him of the group's efforts in the 2020 elections and the agenda to increase the NPP base in the Nyankpala zone.

"We are very confident in the DCE nominee and we are convinced that whiles we await his official confirmation, the confirming body will give him a wholesome endorsement.

"We are also confident of the pair; SoyaLana x Moshie because we know our worldwide SoyaLana. To us, the nominee is of great news because Mr.Fusieni Salifu Issifu Moshie is one of our Patrons," he stated.