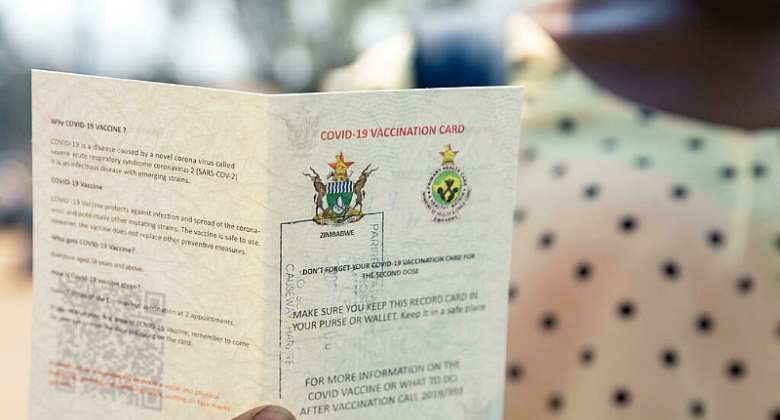 Zimbabwe has told its civil servants to get vaccinated to avoid loss of employment and income as it seeks to increase inoculations against Covid-19, and some private companies are following suit.

Public workers have until 15th of October to get the jab, after which they will not be paid a salary nor allowed to report to work without a vaccination certificate.

“Pursuant to the previous announcement that all civil servants should be vaccinated, cabinet further resolved that no unvaccinated civil servants will be allowed to come to work,” said Monica Mutsvangwa, Zimbabwe's information minister, at a news conference in Harare.

The southern African country has already made it mandatory for people to get vaccinated to enter markets, gyms, restaurants, church and take university exams.

Taking a cue, some private companies have also made it imperative for their employees to get the vaccine.

The Zimbabwean government has yet to set up a means of checking compliance and guarding against counterfeit Covid vaccination certificates.

In Chegutu rural, some 150 km southwest of Harare, Edgar Mwale, a 43-year-old teacher is struggling to get vaccinated.

He has been unable to travel the long distance to the local clinic where he could get a jab.

Mwale is a grade seven teacher preparing students for their primary school final exams due at the end of November. The students have a lot to cover and teachers are under pressure.

Schools were opened less than a month ago following a long closure due to the coronavirus lockdown.

“I don't know what our government wants us to do. Our nearest clinic here is eight kilometers away from this school, we normally go on foot. The clinic has no first jab at all,” said Mwale, referring to the fact that the clinic only has doses for those getting their second vaccine.

Asked how best the rural public workers like him could be helped, Edgar says there should be a provision to inoculate teachers at their work stations.

“Being a rural worker, you have no choice but the choice rests solely with the government,” added Mwale, referring to what he says is the lack of personal freedom due to the mandatory jab requirement.

Though Zimbabwe has had a reasonably smooth Covid-19 vaccination rollout programme, vaccine hesitancy among citizens is still high -- one more reason why the government is pushing to force vaccination on citizens.

Davis Ngwenya, a 34-year-old technician with the national telecoms company has not been going to work lately. He, like many others, did not want to take the vaccine.

He is on unpaid leave waiting to get his second jab so that he can be admitted to the company premises. Ngwenya says he feels violated and is uncertain about the future of his job as he waits for the 21 days to lapse.

In July, TelOne, the country's state-owned telecommunications company, advised that unvaccinated employees would no longer receive Covid-19 allowances and be required to take immediate leave.

The employees were being paid a Covid allowance in the event that a worker became ill in the line of duty, similar to a Zimbabwean government program for frontline workers. Unvaccinated people will not have access to the allowance.

As a response to the employers' notices, the Zimbabwe Congress of Trade Unions has gone to court to challenge government and private companies actions on unvaccinated employees.

The Zimbabwe Congress of Trade Unions (ZCTU), an amalgamation of 35 labour unions representing 189,000 people, has accused employers of infringing workers' rights saying there is no law that provides compulsory vaccinations.

ZCTU argues that workers should be allowed to make a personal choice to get vaccinated.

However, ZCTU's urgent high court application to stop the compulsory vaccination was struck off the urgent cases roll.

Trade unions say dialogue should have started first to determine the practicality of dealing with unvaccinated workers.

“The abruptness of the decision has always been the challenge we have with the government. Government should engage with its workers. What stops them from calling meetings to say comrades your members must be vaccinated,” said Majongwe.

According to the Ministry of Health and Childcare, the country has procured 13 million vaccines out of the 20 million required. These are mainly the Chinese Sinopharm and Sinovac.

The health ministry says to reach herd immunity of 10 million people, 60 percent of the population must be vaccinated by year end.

Vaccines are free at public health institutions.
But many unvaccinated citizens are now being discouraged by long queues and the snail's pace at which the health personnel are working to administer the jabs.