In repudiation of the religious delusion 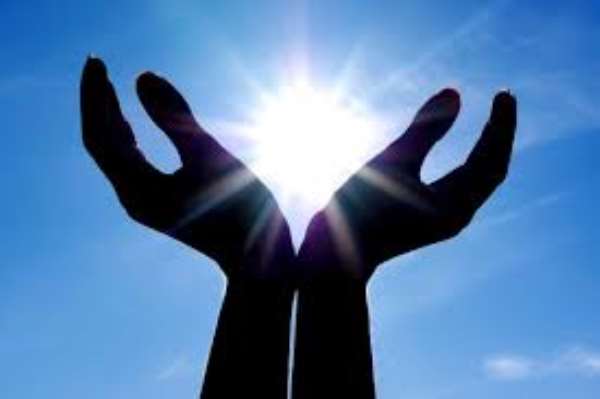 The repudiation of the religious delusion ought to impose a fearsome burden on those of us adverting same. To wit, we are bravely positing that for over two million years of human evolution, the ancestors have been in grave error. And that all these huge edifices built in the name of religion; all these wars fought on account of religion, the sacrifices of both men and beasts, sisters and brothers, slaves brought from captivity, the sacrifices of wine and fruits and food, are all in vain. We are sedulously claiming also that there has never been any God or gods on earth; no witches, no wizards, no demons, no devils, no angels, no ghosts, no deities, no dwarfs and no spirits. We are also saying that no person or creature possesses any supernatural power on earth, in the sea, inside the soil, in the sky, on the mountain, in the rivers, in the forests or in any part of the earth. We are also claiming that there has neither been any prophet of God nor his messengers nor deputies nor acolytes with any power to wreak any wonders anywhere!

We are also claiming with confidence and certainty that there is no life after death, and that nothing governs the human soul after we pass. There are no ancestors dwelling on the land beyond the living; there is no hell nor heaven nor limbo anywhere. And just as Thomas Jefferson stated, “The earth belongs in usufruct to the living, the dead have no power.” We share 96% of DNA with the primates, and yet we are not debating what happens to them after they are dead. Why are we any different? What does four percent of genes do to us or for us? These animal cousins don’t perform any ceremony or ritual for worship after they die. Why must we?

The trip to this destination of the present thought has required a mighty struggle and the stubbornness of the human spirit to know the truth because at any stage of the struggle, the religious cronies have fought every turf of contrarian thoughts; they have burned people alive for daring to make these onerous assertions. People have been tortured for claiming correctly that the earth was round. People have been burned down for interpreting the Bible and making its dark message available to the people and thereby revealing that it was not the word of God.

Many people have been caught in the web of witchcraft, wherein they underwent trials by ordeal to confirm their so-called evil spirits. After which they were burned or beaten or tortured to death. Much hatred has festered against many innocent people who have been stripped naked and beaten for possessing some evil spirit. Human freedom has been abandoned or thrown to the dogs to affirm the existence of spirits. Many have been stoned or crucified or maligned because the other side hated them and leveled false charges against them.

Now the question is how come that we puny men of today can rise with certainty and repudiate all these beliefs and shout with uttermost conviction that they are all in patent error? How can it be the case that we are 100% sure that all of these spirits, embedded in human civilization for eons, were indeed non-existent?

Of what extraordinary knowledge are we invested to bring down with confidence the edifice of religion and its concomitant delusion, without a shred of doubt? Of what substance and gumption are we made of to state with utmost conviction that there is no metaphysical or supernatural powers in existence, and that there is absolutely no God or gods, and that he has never spoken to anybody or commanded anybody or relayed his message to anybody. Why are we stupendously extraordinary in our claims and brazen in our conviction, knocking down with energy the faith and beliefs of those gone before us? Of those that have lived millennia even before our ancestors were born?

It would be naïve to suppose that nobody knew the truth but we; or that people were convinced that God indeed spoke to them. Indeed, the first atheists of any religious sect are its prophets. These people were never under any illusion that God never spoke to them. They knew their tricks and magical acts and performed all these on the people with aplomb. But they carried their secret to the very end, because the lies became their life’s fabric. There is not a single man of God who doesn’t know that whatever he asserts is a trick.

The second category of those atheistic to the faith are the acolytes of these ministers of God who know all the tricks of their masters and yet carry on with them even till death. Whoever participates in any ritual as an acolyte is initiated in the lies of it. They pursue their craft only because it gives them the power and prestige and honor and recognition.

The third category of prescient people with the relevant science of religious fraudulence are within the general population. These people know of the saturated lies of religious practice but have chosen to keep quiet, either for great fear for their lives or the immense benefit the delusion confers on them. These people are in the silent majority.

And therefore if we think that we are the only ones that know the dirty secret of religious fraudulence, we are just being presumptuous or even conceited! Civilization is indeed made up of myths and lies which must be perpetuated with the mantra of nationhood, and as a bonding, cement to keep societies in some sort of equanimity.

And the fight against the illusion did not begin with our generation. It began with many enlightened and courageous people who attempted to expose the lies at the inchoate stages, only that before they could raise their voices in protest, they were cut down by the protectors and beneficiaries of the lies. So our work did not just begin with any sudden serendipity about the prevailing lies. Those who spoke and were cut off began the work aeons ago, and the credit of today’s courage, and our empowerment to speak against the prevailing lies are traceable to them. We can speak freely today because they sacrificed their lives for the truth. And our commitment to expiate the lies will also not end in our lifetimes; it will continue until the last vestige of religious delusion is eviscerated.

We honor those who sacrificed their lives to ask pertinent question. We pay our respects to those who taught us to think and not to receive the expectorants of the religious goons. To all these, we owe the demolition of the lies and the beginning of its end. Their sacrifices will never be in vain.

And if we are determined that this work of enlightenment should be accomplished and that the path of truth shall be trodden upon, it is not because of any vainglory. It is merely that we are concerned that human progress shall proceed without interruption. And that if continued and allowed, superstition will continue to hold our progress in abeyance and impoundment, even as it has held human progress in bondage for thousands of years. We believe that our survival as a species is embodied in our knowledge of the truth and that without the truth, we shall perish forever.

Every smidgen of human advancement has happened not because of religion, but in spite of it. Religion has contributed nothing to human knowledge or human thinking. Indeed, it has beclouded and benighted them. The world has advanced in science and technology in the proportion in which it has jettisoned religion and embraced science and logic and rational thinking. We therefore believe that for the sake of humanity and the survival of our species, the edifice of religion must come crumbling down!