Security guard jailed 3years for conniving with ex-worker to steal GH₵50,000 and $800 from Marina Mall 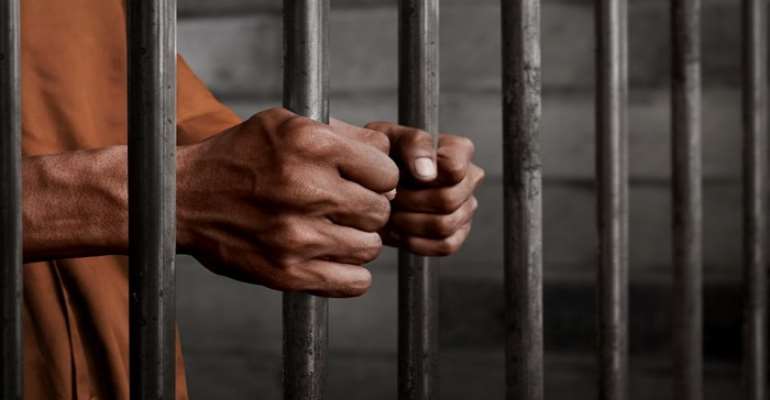 A 23-year-old security guard who connived with an ex-worker to steal GH₵ 50,000, $800 and some items from Marina Mall, East Legon, has been sentenced to three years imprisonment.

Appearing before the Adentan Circuit Court, Emmanuel Nyarko, pleaded guilty to the charges of conspiracy and stealing.

Nyarko told the Court presided over by Mrs Sedinam Awo Balokah that he did not enter the Mall to steal the money and items.

He said because of the CCTV cameras were in place, he stood outside and kept watch while his accomplice, Kofi Mensah who had been fired for misconduct, entered the Mall to steal.

Nyarko told the Court to have mercy on him because some of the money had been retrieved.

Prosecution informed the Court that accused had no previous conviction.

The Judge, convicting Nyarko, said she considered his show of honesty but lack of loyalty.

According to the Court, accused was to keep the Mall safe and therefore he should be the last person to exhibit such conduct.

It also considered his age, the fact that he had no previous conviction, his show of remorse and the fact that some of the items had been retrieved.

Sentences will however run concurrently.

The Court further ordered Prosecution to give to the complainant the retrieved items.

Police Chief Inspector Maxwell Lanyo, the Prosecutor, said Jameel Muawad was the Manager of the East Legon branch of Marina Mall and the complainant.

Nyarko is a security guard at the Mall and Kofi Mensah is a former employee who was dismissed for misconduct.

Chief Inspector Lanyo said on Sunday September 12, this year, at about 2:00pm, Nyarko was on duty when Kofi Mensah approached him for some left-over bread at the Mall.

Prosecution said Mensah and Nyarko engaged in a brief conversation and ended up conspiring to steal some money and provisions from the supermarket.

Prosecution said Nyarko and Mensah stole GH₵50,000.00 and $800 and provisions and alcoholic drinks.

The Prosecutor said Mensah left with the booty and later in the day, Nyarko met Mensah and he took his share.

According to the Prosecutor, when the complainant later returned to work, he discovered the theft and he reviewed the CCTV footage which disclosed accused persons stealing the money and items.

A report was made to the Police at East Legon and Nyarko was arrested. During Investigations, Prosecution said Nyarko admitted the offence in his caution statement to the Police.