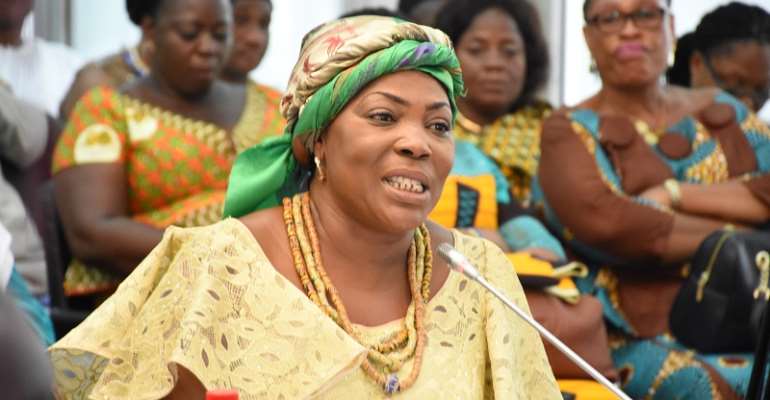 She will take over from Mohammed Adjei Sowah, who has been serving in that position since 2017.

Her name was on the list of Metropolitan, Municipal and District Chief Executives released by the Minister for Local Government, Dan Botwe on Sunday, September 19, 2021.

Prior to the list being made public, some NPP youth in the Odododiodoo constituency staged a demonstration on Saturday, September 18, 2021, to express their displeasure.

He also disassociated himself from the incident and urged his supporters to respect the decision of President Akufo-Addo.

In a statement, he declared his support for whoever President Akufo-Addo nominates.

“We should recognize the President's authority to nominate individuals of his choice to promote his agenda, and it's our duty to support the appointees to succeed… I totally support all the President's nominations and commit to continue to work towards the development of the country,” he said. About Elizabeth Sackey

Elizabeth Sackey was a former MP for Okaikwei North on the ticket of the NPP.

She hails from Asere-Accra in the Greater Accra Region and was born on May 6, 1958.

An economist, she holds Certificate in Marketing, which she obtained in 2003.

As a banker, she worked with Ghana Commercial Bank as Chief Clerk before becoming an MP.

She is a Christian and fellowships with the Church of Pentecost and is married with four children.

Latest Photo Reports
Catch up with all the political quotes from our politicians.
Advertise here
More Headlines
ModernGhana Links
Bawumia touts government's investment in TVET as he launches 2021 National Skills Competition and TVET Expo
Akufo-Addo government most lawless Ghana has ever had – Nyaho-Tamakloe fires over chaotic MMDCEs confirmation
Election 2024: NDC propaganda specialists are afraid of data; so sell our development projects in your localities — Bawumia to MMDCEs
"Why are you behaving this way?" — Bagbin blasts MPs who used 'macho power' at MMDCEs confirmation exercises
Take me to court, I will get the court to also overturn the decision to affirm my authority – Otumfuo dare encroachers of KNUST lands
We’ve revamped TVET education in Ghana than any government – Bawumia
Encroachers on KNUST lands will face my wrath — Otumfuo warns
Retired midwife, three others arrested over child stealing, sale of babies at Atuabo and Half Assin
Contracts for 27 Mahama E-blocks terminated
TOP STORIES