Why has Algeria severed diplomatic relations with Morocco and what are the consequences for the future?

By Yahia H. Zoubir - The Conversation 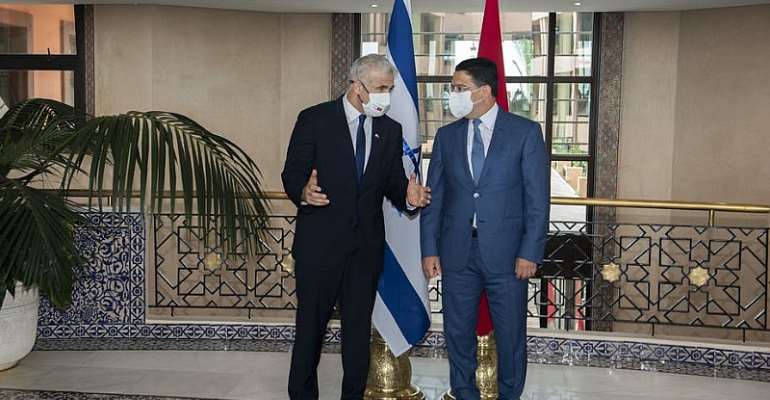 The breakdown of diplomatic relations between Algeria and Morocco in August is the result of a long history of tensions. The two nations have never known long periods of friendship, despite the many factors that unite them. Indeed, they belong to the same region of the Maghreb, share the same religion (Sunni Islam and Malekite rite) and the same identity, and speak a similar dialect. They also share a common border of 1,550 km.

In fact, the Algerian and Moroccan peoples are so similar that it is difficult to tell them apart. Since their respective independence, however, historical, political and ideological dissimilarities weigh heavily on relations between these “brother” countries.

How to explain the tensions that characterized their relations and have now led to a second break in diplomatic relations? The first, initiated by Morocco, lasted from 1976 to 1988.

I have researched relations between Algeria and Morocco for over 40 years and published studies on the subject. Relations between the Algerian and Moroccan governments have rarely been cordial. This is explained by the difference in approach to the anti-colonial struggle, the divergence of their political systems and their contrary ideological orientations.

Over the past decade, Morocco has exploited not only the lethargy of Algerian diplomacy but also the paralysis of its political system in order to serve its own interests, often to the detriment of Algeria. The revival of Algerian diplomacy and its decision to counter what it considers to be “hostile acts” by Morocco have resulted in this latest rupture.

Their tumultuous relationship has hampered the region's integration, which could have huge benefits for both countries. Algeria, Libya, Mauritania, Morocco and Tunisia founded the Arab Maghreb Union in 1989. This union has, however, become moribund since 1996 due to repeated tensions in Moroccan-Algerian relations.

The differences of recent years are, without doubt, much more serious. They could threaten the stability of the entire North African region.

The history of Algerian-Moroccan relations

Algerian nationalists have enjoyed relatively good relations with King Mohammed V of Morocco, who died in 1961, a year before Algeria acquired sovereignty. Morocco became independent in 1956 and Algeria in 1962.

King Mohammed's son, King Hassan II, who succeeded him, claimed sovereignty over Algerian territory and invaded it in 1963. This resulted in the death of hundreds of poorly equipped Algerian fighters.

Although this war was short-lived, it shaped the spirit of the Algerian military-political establishment. An era of cooperation followed between 1969 and the mid-1970s. However, the conflict arising from Morocco's invasion of Western Sahara as part of the so-called "Green March" in 1975, gave rise to a new period of tensions.

In March 1976, in fact, the recognition by Algeria of the Sahrawi Arab Democratic Republic, proclaimed by the Saharawi nationalist movement, the Polisario Front, caused Morocco to sever its diplomatic relations with Algeria. Many other African countries have recognized the Sahrawi Arab Democratic Republic. Relations were reestablished in May 1988.

The resumption of relations was based on a number of agreements, in particular:

the non-interference of Algeria in the internal affairs of Morocco;

the resolution of the conflict in Western Sahara through a self-determination referendum.

For Algeria, Morocco has not honored any of these commitments.

It is in this context that the Algerian-Moroccan tensions have continued to accumulate.

In the 1990s, Algeria went through its most serious crisis. The country has been devastated by civil conflicts between the state and armed Islamist groups. In 1994, in the midst of this crisis, the Moroccan authorities falsely accused the Algerian intelligence services of being at the origin of the deadly terrorist attacks perpetrated at the Asni hotel in Marrakech.

Morocco imposed visas on Algerians, including those with another nationality. Algeria retaliated by imposing visas and closing its land borders with Morocco. At the end of 1995, Morocco froze its activities with the institutions of the Arab Maghreb Union because of Algeria's support for the Sahrawi Arab Democratic Republic.

A change in relations seems to have occurred when Abdelaziz Bouteflika became President of Algeria in April 1999. He had planned to meet with King Hassan II to settle their differences, but he died in July of the same year. . His successor, Mohammed VI, has not shown the slightest willingness to settle the Western Sahara problem on United Nations terms.

During his presidency, surprisingly, Bouteflika not only neglected the issue of Western Sahara, but he also ordered his officials not to respond to any hostile act by Morocco.

After its forced withdrawal in April 2019, Algeria reiterated its support for the principle of self-determination.

For its part, Morocco has pressured the African Union, Europe and the United States to support its claims for sovereignty over Western Sahara. Two events in the past ten months have exacerbated tensions. The first was the attack by Moroccan troops on Sahrawi demonstrators in El-Guergarat, the buffer zone south of Western Sahara. Then there was a tweet from President Donald Trump announcing the United States' recognition of Moroccan sovereignty over the Western Sahahara.

These elements partially contributed to Algeria's decision to sever diplomatic relations with Morocco.

Trump used Western Sahara as a bargaining chip in return for normalizing relations between Morocco and Israel. Other Arab states have done the same under the Abraham Accords brokered by Trump's son-in-law Jared Kushner.

Prior to the Abrahamic Accords, Moroccan officials displayed relentless hostility towards Algeria, to which the Algerian government did not respond. Trump's December 10 tweet apparently galvanized Morocco's hostile attitude towards Algeria.

Algeria saw these two decisions as a real threat to its national security.

Algiers' threshold of tolerance for acts considered hostile was reached in mid-July when Morocco's ambassador to the UN circulated a note expressing support for a group fighting for the secession of the region. Kabyle coastal region of Algeria. This group is on the list of terrorist groups established by Algeria. The latter therefore recalled its ambassador to Morocco for "consultations" and asked Morocco to clarify whether this decision was solely that of the ambassador or of the government. She never received a response.

Another hostile act in Algeria's eyes was the revelation of a vast spy scandal by a consortium of international newspapers and human rights organizations. They discovered that Morocco had targeted more than 6,000 Algerians, including many senior political and military officials.

Algeria then decided to sever diplomatic relations with Morocco from August 24.

Consequences of the rupture

This rupture can lead to geopolitical realignments. It will all depend, however, on Morocco's intentions as to whether it will escalate tensions and use the Israeli card against Algeria, or seek to reduce them.

Algeria has already started to tighten its control at the Algerian-Moroccan border and could create serious problems for Morocco if it decides to expel tens of thousands of Moroccans (many of whom are illegal migrants) from its territory.

There are also more global consequences.

The rupture sounded the death knell for the Arab Maghreb Union, which was already in enlargement. Due to strained relations, either the regional body will remain at a standstill or a new regional body may emerge.

Rivalries between Algeria and Morocco can be expected to intensify within the African Union over Israel's observer status with the AU and Western Sahara.

In the economic field, the Algerian Minister of Energy announced at the end of August that the contract for the Maghreb-Europe gas pipeline (GME), which passes through Morocco, will not be renewed after its expiry on October 31, 2021; decision now confirmed. The pipeline leaves directly from northwest Algeria, then crosses the Mediterranean.

Instead, Algeria will distribute natural gas to Spain and Portugal via the MEDGAZ pipeline.

The long-term impact of this disruption is unpredictable. What is certain, however, is that the Algerian-Moroccan rivalry will intensify.

The views and opinions expressed here are those of the author alone and do not necessarily reflect the opinions of Business Kedge School or Brookings Doha Center.

Yahia H. Zoubir does not work for, consult, own shares in or receive funding from any company or organization that would benefit from this article, and has disclosed no relevant affiliations beyond their academic appointment.

By Yahia H. Zoubir, Visiting fellow at the Brookings Doha Center and Senior Professor of International Studies and Director of Research in Geopolitics, Kedge Business School