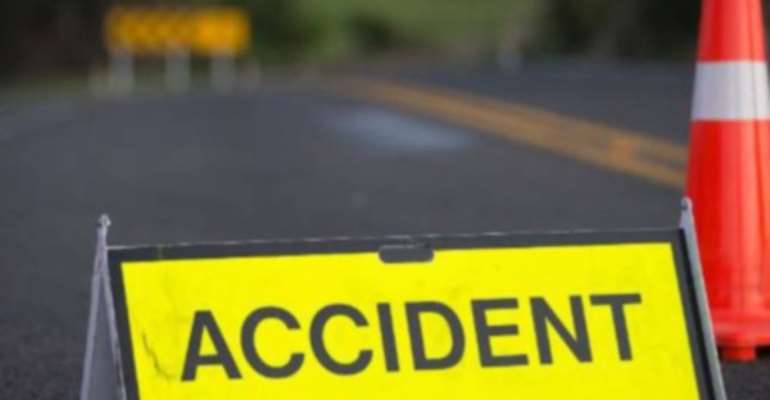 A 39-year-old woman has died in an accident on the Obom-Amasaman stretch in the Central Region.

The woman identified as Magasuba Mariam was sitting on a motorbike when it crashed into a water tanker vehicle killing her instantly.

According to ACP Oduro Amaning who is Deputy Central East Police Commander, the driver of the water tanker reported himself to the police after the incident.

Expressing concern over the indiscipline of drivers on the Obom-Amasaman stretch, he charged commuters who patronize ‘Okada’ to always insist on being given helmets for protection.

“They know it is an offense to sit on a motorbike without wearing a helmet. So with this, we are cautioning them that they should wear their crash helmet so that in case of an accident, they will be safe.

“At the scene, people were saying that the driver has absconded, but I’m asking them to take their time because when we got to the police station, the driver had reported himself to the police because he himself looking at the scene and the crowd at that place, it was not safe for him to have stayed there. So he was smart to know that the police station was the safest place for him,” ACP Oduro Amaning has told Citi News.

The body of the deceased has been deposited at the morgue for preservation and the family of Magasuba Mariam also contacted.