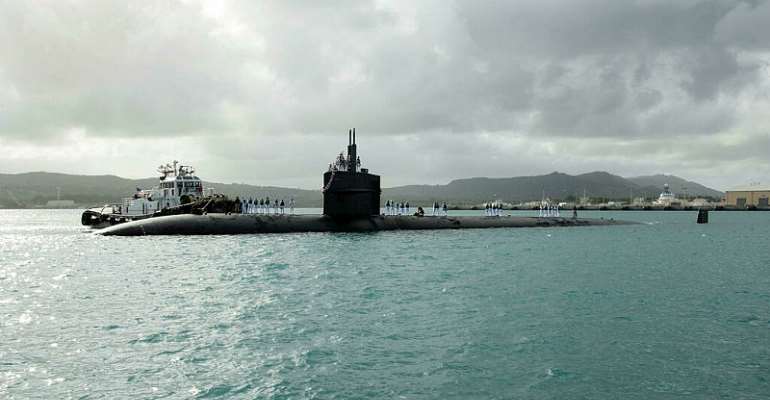 Prime Minister Scott Morrison on Friday rejected Chinese criticism of Australia's new nuclear submarine alliance with the United States, a deal that may upset the military balance in the Pacific. Meanwhile, China has signed up to a transpacific trade structure that excludes Washington.

China reacted angrily when Biden, Morrison and British Prime Minister Boris Johnson used a virtual news conference this week to announce a trilateral defense alliance that will provide Australia with a fleet of at least eight nuclear-powered submarines.

Chinese Ministry of Foreign Affairs spokesperson Zhao Lijian said during a regular press conference, that it was "highly irresponsible" for the U.S. and Britain to export the nuclear technology.

"The nuclear submarine cooperation between the US, the UK and Australia has seriously undermined regional peace and stability, intensified the arms race and undermined international non-proliferation efforts," he said.

"The export of highly sensitive nuclear submarine technology to Australia by the US and the UK proves once again that they are using nuclear exports as a tool for geopolitical game and adopting double standards.

But Morrison was not deterred and said that Australia wanted to "boost peace and stability in the Indo-Pacific region."

Non-peaceful means
News of the alliance received a positive response in Taiwan, the self-governing island claimed by mainland China.

"We welcome the joint statement of the Australian Ministry of Foreign Affairs," Taiwan's Foreign Ministsry said in a Tweet. Australia and the US "stated their intent to strenghten ties with Taiwan."

Over the last year, leaders in Taipei became increasingly worried over a growing number of Chinese Air Force incursions into Taiwan's air space and a hardening in Beijing's rhetoric, which thinly veiled threats of taking over the island by "non-peaceful means."

Leaders of Singapore reacted positively as well. The island-state's Prime Minister Lee Hsien Loong told Morrison in a phone call he hoped the nuclear deal would "contribute constructively to the peace and stability of the region and complement the regional architecture," Singapore's Ministry of Foreign Affairs said in a statement.

Australia's decision to acquire nuclear-powered submarines under a newly announced alliance with the United States and Britain has highlighted regional concerns over China's growing maritime might in the Pacific.