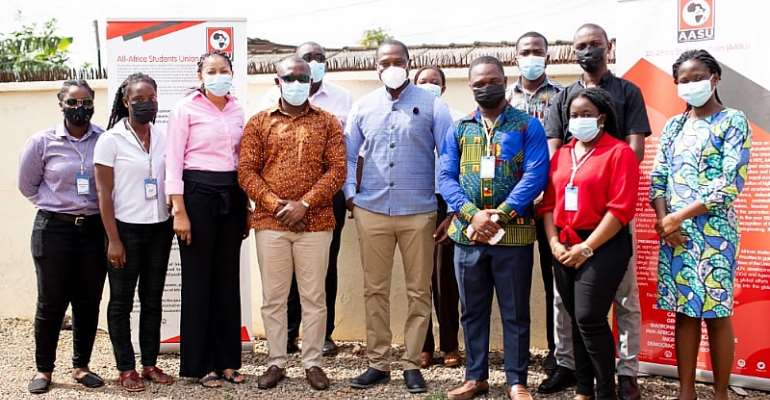 The workshop feeds into the All-Africa Student Union’s strategic goal to play active role in election monitoring and observation in Africa. The training took place at the secretariat of AASU from Wednesday 8th to 10th September, 2021.

Spearheaded by the Democracy and Good Governance Working Group, one of seven at AASU, the training aimed to build the capacity of the technical staff at the All-Africa Students Union to become credible and competent election watchers across Africa.

Elections are an important part of the democratic process the world over but especially in Africa, they have become an extremely contested phenomenon. Political actors often complain about transparency and fairness and for that reason, election monitoring has become an important process towards ensuring free and fair election.

This, the All-Africa Students Union intends to take up very seriously as the largest student and youth organization in Africa.

On the first day, the Secretary-General of All-Africa Students Union, H.E. Peter Kwasi Kodjie expressed appreciation to African Center for Constructive Resolution of Disputes (ACCORD) for funding such invaluable training for AASU Staff. ACCORD has years of experience at the forefront of election monitoring and dispute resolution in Africa.

The trainer, Mr Kenneth Abotsi, a Senior Policy Officer (Training) at the African Union, also expressed delight at the opportunity to share their experiences and expertise with officers of AASU noting the importance of election observation and monitoring.

At the end of the workshop, participants expressed appreciation to ACCORD for the insightful training and commitment to sharing the knowledge with colleagues across the continent.

They also explained that the training puts them in a good position now to bring to bear youthful perspectives on the election ecosystem in Africa while also training their contemporaries to redirect their youthful energies into more productive ventures during elections.