One For NPP Communication Team 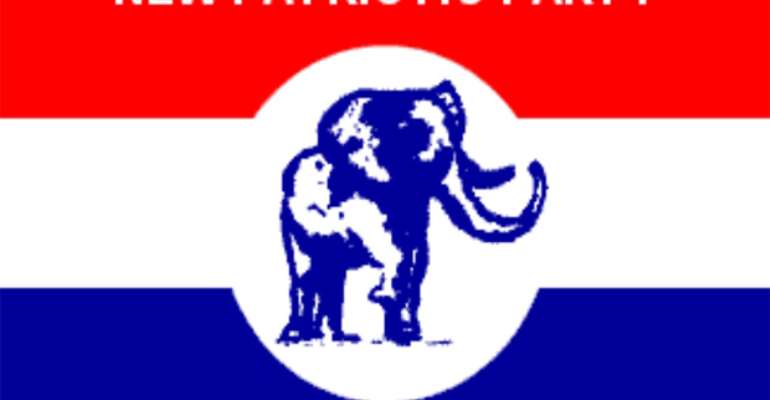 It is with a heavy heart that I write this epistle today. I don't know how you came to be a communicator for the New Patriotic Party but all what I know is that you speak for the party which is an honorable duty. As one who speaks for the party in government, you have a huge burden on your shoulders and failure is not an option. Apart from the fact that you do the damage control, you also make sure you propagate the good deeds of the ruling government and the party for that matter. You may criticize the party at a point in time but I know you will do so constructively.

I decided to write about your role today because it seems to me the NDC communicators are gradually winning the sympathy of Ghanaians through lies and sheer vile propaganda. They have never seen anything good about this government and so it is up to you to bare your teeth so that the good people of Ghana will be able to distinguish between the good and the evil. It is good they have had a field day misinforming the people for some time now. The ball is now in your court as a communicator to set some records straight. It was my late centurion father who told me that I should always pray for people to be the first to offend me so that when I get the chance, I could prove them wrong and shame them.

The truth is that, the margin that Nana Akufo-Addo won the 2020 Presidential polls would have been wider if the NPP communicators had taken on the NDC communicators head on and diluted the poison that they fed the populace. In fact, they forced Ghanaians to drink from a poisoned chalice. Just imagine how they were able to poison the minds of their supporters to take to the streets to protest against the results of the election. They were able to convince their supporters that although defeated, Mr. Mahama rather won the presidential election and that according to the results they had, it was a done deal. When they had the chance to present their case at the Supreme Court, they failed miserably to prove their case. Some responsible and well educated demonstrators were left flabbergasted and licked their bruised egos. They were tricked by upstarts like Sammy Gyamfi, the modern day Goebbels and master propagandist to hit the streets like zombies. Shameless ladies and gentlemen.

In their quest to salvage their dented image they are again leaving no stone unturned to lie their way to power again to continue with the loot. So my dear communicator, are you going to sit down like you did the other time for these people to take the whole nation for a ride? Lace your boots, get on the good foot, chop the air with your bare knuckles and hit the road, running like a hare. There is no time to lose. The sages say everybody has a red saliva in his or her mouth but we decide to spit out the white one because of peace. The same sages say if somebody kicks you, you should also kick the person back else he will think your thighs are shorter.

Ever since the NDC lost the last elections, their communicators have never rested on their oars. Take the issue of Double Track for example. When the system was introduced the NDC, led by their defeated and desperate candidate, Mr. Mahama has bastardized the system, calling it 'traffic light' system of education. Now that school blocks, dormitories and other facilities are being built across the country to accommodate the large number of students enjoying the popular free SHS, they have kept quiet and the NPP communicators too are not telling Ghanaians the achievements of the government in this respect. As at the time I was writing this piece, few schools are practicing the Double Track simply because school blocks and dormitories are being built in all the districts to solve the problem.

As an NPP communicator, I sometimes do not blame you a lot. In fact, I blame the leadership of the national communication team.

As an NPP communicator in your district, you need some information in order to function well. If at the national level, the Communications Directors sit in Accra and think Accra is synonymous to Ghana, they will fail. Information must trickle down to the local guy who also communicates for the party. Mr. Boabeng Asamoah is a good friend of mine since the days of the late Alhaji Aliu Mahama and I know very well what he can do. (Yaw, I am waiting for your call). He communicates very well but he is one person and as such he cannot hold the bull by the horns alone. He needs to widen the scope and involve the grassroots communicators as well.

While some chiefs continue to complain of bad roads, the government continues to fix roads. So sometimes you ask yourself: When did the roads go bad? Did roads go bad only in the tenure of office of the Nana Addo-led government? The NDC had the opportunity to rule this country for eight years and left behind bad roads but whenever people talk of bad roads, the NDC has the guts and the audacity to also comment on the issue. Shame! Many roads are being fixed in this country but sadly, many Ghanaians who live in areas far from where the roads are being built are not aware and the NPP communicators who live in areas where roads are built do not tell their stories. So somebody sits in Accra and pollutes the minds of Ghanaians by asking the government to fix roads in the name of Fix the Country advocacy when in reality the process is ongoing.

Take the issue of Agenda 111 for example. The government says it is going to build one hundred and eleven hospitals across the country. Sods are being cut and blocks are being laid for the commencement of the projects. The NDC communicators are saying it will not be feasible. As the days roll by, I expect the NPP communicators to come out to inform Ghanaians about work in progress as far as the one hundred and eleven hospitals are concerned. Since the hospitals are going to be constructed in districts across the country, Ghanaians need to know wherever the projects are going on and at what stage the contractors have reached in order to shame the naysayers. In the run-up to the 2020 general election, the NPP communicators came out rather belatedly to tell Ghanaians the achievements of the Nana Addo-led administration. It didn't do the party any good because the NDC communicators had poisoned the minds of the populace. I learnt monies were given to some people to 'oil the wheels' of the communicators but sadly the monies ended up in the pockets of individuals. This should not happen again. Monkeys don't have to work for baboons to chop.

Cigar producers can fascinate you with their choice of names they give to their products. One of the famous cigars for great statesmen like the late General De Gaulle of France who was a famous connoisseur of cigar, is called God Of Fire. Just imagine!!! Come closer, open your nostrils and smell the sweet aroma of God of Fire, the number one choice of celebrities.