Mahama, Whether Akufo Addo Gives The Special Prosecutor, Freedom Or Not, Corruption Will Always Be In Ghana 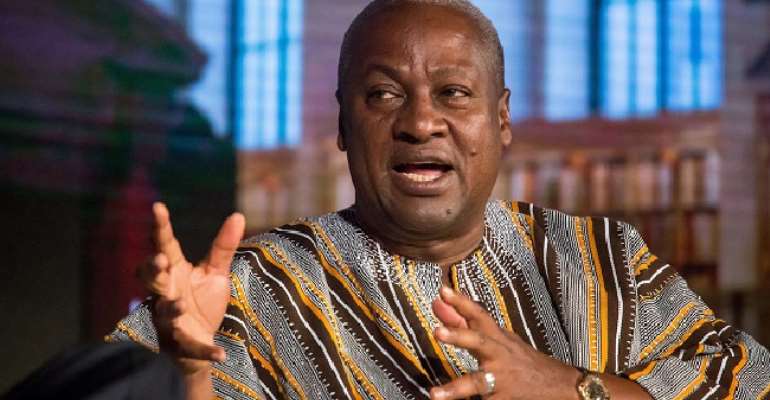 As we know, corruption is a chronic disease in every government in both developed and developing nations.

Therefore, it’s necessary if the former President, John Mahama, gives a piece of advice to President Nana Akufo Addo, to allow the newly appointed Special Prosecutor to do his job without interference.

Even though yesterday, ModernGhana news published one of my articles on the same topic, I will still let Ghanaians understand that the appointment of the new Special Prosecutor to investigate and fight corruption in the country is meaningless, just as Nkrumah had said about Ghana’s independence.

Sir John Mahama, you were once the President of Ghana, unfortunately, many things went wrong, including corruption in your administration.

Making reference to yesterday’s article, I did say that since money passes through the hands for payments of everything in the country, including the license office, the ports, toll gates, etc, corruption in the country will still increase, even if Ghana appoints a Special Prosecutor or not.

Even with all the sophisticated systems and technological pieces of equipment to tackle corruption, the United States of America and the European Union still lose billions of dollars and Euros to corruptible activities.

That means America and Europe have only succeeded to reduce corruption but not eliminating it.

Therefore, Sir John Mahama, imagine a country like Ghana, which hasn’t got any modern technological equipment to fight corruption, what can the Special Prosecutor, Kissi Agyebeng do with Nana Akufo Addo’s freedom or non-interference?

Every English that the Vice-President of Ghana, Bawumia, speaks, mentions digitalization, yet, I haven’t seen any digitalization developments in the country.