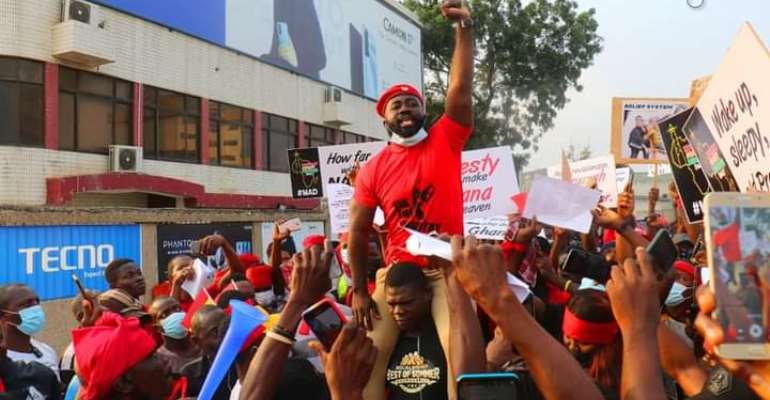 A leading communication member of the New Patriotic Party (NPP) Hopeson Adorye says, calls by #Fixthecountry conveners to abolish the 1992 constitution is a treasonable statement.

He said the Police must arrest and question the conveners for making those pronouncements.

“So we are calling on the Ghana Police Service to invite and question them because before any statement is made the person has thought through it.”

Speaking on Asempa Fm’s Ekosiisen, Hopeson Adorye says the statement per Article 3 of the 1992 Constitution amounts to treasonable offence, and that the police must invite the organizers.

On the same show, Deputy Communications Officer Kwaku Boahene, of the National Democratic Congress (NDC), said majority of the demonstrators feels betrayed by promises made by the then Flagbearer Nana Akufo Addo in 2016 ensuring massive jobs to the youth.

According to Kwaku Boahene, the government has failed in its promise to provide jobs for the teeming youth, in addition, collapsed existing jobs that fully employed youth in the banking sector.

Thousands of protesters marched on the streets clouded in red and black colors with placards. “We deserve better too, fix the country”, “We are suffering, we need jobs”, some placards read.