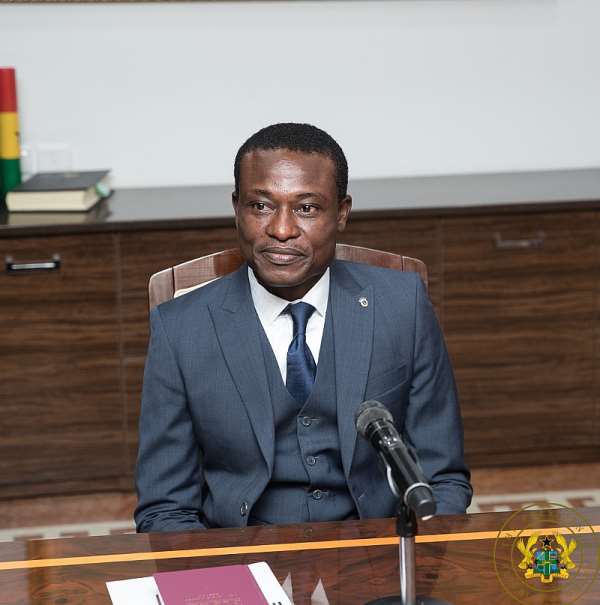 I have decided to keep mute but the remembrance of ‘be a citizen not a spectator’ has awakened me to lay before you my expectations from your office. As a young man who believes that our nation demands our devotion, I would do more disservices to our mother Ghana should I fail to write to you this letter. Corruption has indeed, really done more worst to us. In fact, many of these corrupt persons are driven by their greediness. They do not have the nation at heart else they would have put their egoistic lifestyle in ‘Alajo borla’. To me, there is no good justification we could use to juxtapose corruption.

The NPP in the 2016 election used corruption as one of their major campaign topics. They pointed out to many scandals and allegations under then-President John Mahama. Indeed, many Ghanaians believed that the corruption used against the NDC during the 2016 general election campaign has contributed to NDC’s downfall.

The New Patriotic Party (NPP) government, as part of their 2016 campaign promise, set up the Office of the Special Prosecutor. Many Ghanaians did not see any reason to ascertain whether the OSP was primarily created to fill an election promise of stamping out corruption. Your predecessor, a former Attorney-General and Minister of Justice, Martin Amidu was formally sworn in as the first special prosecutor earlier in 2018. Martin Amidu was dutied to investigate and prosecute corruption in both the private and public sectors. Many powers were given Martin; the power to freeze and get the court to assist in seizing property of persons accused of corruption and many others.

Ghanaians, without first accessing how the office of the special prosecutor may be undermining several other existing bodies and policies that are currently instituted to tackle corruption, the thought of no interference from the government alone has made many more than what some refer to as ‘happy’ because that was the first time such position was created to investigate and prosecute corrupt persons.

The creation of the Office of the Special Prosecutor which birthed new hope in Ghana’s anti-corruption efforts was to me, the greatest manifestation that every government has a plan of fighting corruption. Whether it is hypocrisy or not all of us could delve into the records and say it. However, Martin Amidu’s resignation and his choice of words on the President ‘mother serpent of corruption’ paved way to public discourse to ascertain if really President Akuffo-Addo is committed to fighting corruption in the country. For instance, Beauty Emefa Narteh the executive secretary of the Ghana Anti-Corruption Coalition, out of worries about what Martin Amidu’s resignation would mean for the Ghanaians also said "The moment citizens come to that conclusion — that if Martin Amidu as a special prosecutor cannot fight corruption, then what will be the incentive or motivation for any citizen to want to play their part in the fight against corruption — they will see it's too complex. They will see it as endangering,"

Also, Mr. Patrick Stephenson said "It shows that we have a very limited commitment to fighting corruption beyond the establishment of institutions. It shows that we are willing to subvert rules and regulations so long as certain individuals and characters are involved, and this reflects poorly on the thinking of the ordinary Ghanaian in terms of the commitment of not just this government but any government in fighting corruption."

Back to the substantive reasons for which I am writing this letter to you; Dear Mr. Kissi Agyebeng,

Ghanaians would be happy should you investigate and prosecute all those who facilitated the transfer of people to less desirable villages in response to threat from our politicians. Their prosecution would send a strong signal to others to put an end to this act. Transfer should not be done on a basis of punishment to people who do not belong to the ruling government. You also have to investigate politically motivated dismissals or removals of both public servants and civil servants. Please ensure that your proceedings are not lengthy. By the end of the every investigation, there should be someone accountable for the fraud. It should not be like the payroll fraud that cost us US$11.1 million at the Youth Employment Agency in 2017, neither the visa scandal which nobody was held accountable for.

Also, I think it high time you used the power yet to be vested in you to stop the self-centered and unprofessional Police men from using excessive force, making arbitrary arrests, detaining suspects for extended periods and taking bribes. In fact, they are really abusing the good people of Ghana without any reasonable justification.

Dear Mr. Kisi Agyebeng, the most worrying part of it all is what people refer to as ‘selective justice’. Ghana does need selective justice! Why should our big men charged with corruption face jail time of few months if not totally pardoned but the less fortunate be given years sentences for petty crimes they committed? Which part of our law states that those who steal fowls should be charged for ten years and those who cause financial lost to the nation should be let go or be given two years sentence? I pray you investigate why the judiciary uses its discretionary powers to punish the poor and favour the rich.

Dear Mr. Kisi Agyebeng, before I end, without any hesitation, I want to underscore that I do not consider myself as the only repository of knowledge on this matter.

Hottest Photo Reports
Catch up with all the political quotes from our politicians.
Advertise here
More Letter
ModernGhana Links
Open Letter To His Excellency Ex-President JD Mahama On The Politics Of Ghana’s Agro-Industrial Sector Especially Sugar Production Series And Other Matters
Open Letter To President Of Ghana On The Operations Of Komenda Sugar Factory
Otokunor writes: Open Letter To President Akufo-Addo On The Comments Of Mr. Lord Commey
Open Letter to Mr. Bagbin, the Speaker of the Parliament of the Republic of Ghana
Letter To The National Peace Council Through All Ghanaians
Open Letter Speaker Of Parliament Of Ghana over the authority of the Ashanti Regional Minister for the Deployment of Military to Ejura
An open Letter to Mr. Kofi Adams
Open Letter To The Mce Nominee For West Gonja -Hon. Karim Musah Kusubari...
An open letter to the President Akufo-Addo: Social justice and the development dilemma in Ghana: Why ends are not meeting
TOP STORIES