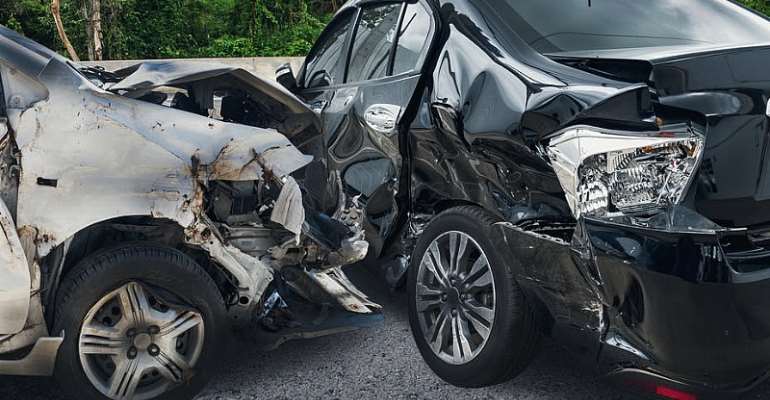 An accident that occurred on the Abuoso- Hemang road of the Ashanti region around 9pm Wednesday night has claimed six lives.

The accident involved a Kia Pregio vehicle and a loaded cement truck.

Eyewitnesses say the cement truck had parked by the side of the road offloading the bags of cement with a part of it on the road.

The Pregio driver who was on top speed was too late for him to swerve and sadly run into the parked cement truck.

Four persons including the driver, two people at the front and another passenger at the back seat died instantly.

Two surviving passengers receiving treatment at the Ankaase Government hospital have been reported dead this morning, raising the number to six.

In all, four females and two males have lost their lives.

The only surviving person is said to be in a critical condition at the same facility.

The remains of the six have been deposited at the Ankase Government Hospital Morgue for identification.