By Dr. Kwaku A. Danso 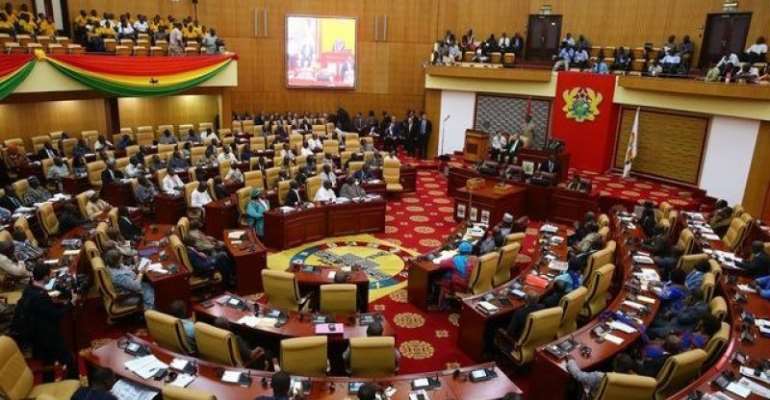 A nation is a collection of human spirits on earth. Ghana is a wonderful nation that has come under stress in the last few hundred years! And there is a reason why! According to the teachings of many religions, we as humans are on this earth to learn lessons!

Our people have been under extreme stress since the 13th century and especially in the last 60-100 years when the opportunity came for us to build a new modern nation of many tribes. What has happened to Ghana is an example that when human greed and selfishness permeate any nation for too long, the nation collapses. I just read one Video that the Ghana Educational Trust fund, set aside for the education of our youth, has been mortgaged for a loan from the Chinese. The storms of self-destruction is slowly blowing!

Having said these, however, before anybody gives up on Ghana, I’d like to tell you to hold on.

Humans with advanced Souls and the right spirit as leaders bring people together, build and lead nations to success. The first consideration for success is the concern and care by the leadership for others. Despite the human greed and selfishness, the pain and sadness that has engulfed our nation in recent decades, it seems some Ministers of State may and do care. One of them seems to be Hon. Shirley Ayorkor Botchwey, Ghana’s Minister of Foreign Affairs.

I wrote an email to the Ghana Consul to the US in New York, after giving up on the Embassy of Ghana Website and ended up at the same Website as that of the Consulate. That Website cannot seem to get the job done to help me apply for a visa or renew my Ghanaian Passport. When I sent the email to the Consul, it bounced- implying the email server to the Consular was not working! In desperation, I sent the letter to the media including ModernGhana, Ghanaweb, Chronicle and The Statesman. It looks like somebody published it or sent it to the right officials.

Yesterday July 29, 2021, I got a call from Hon. Shirley Ayorkor Botchwey and was pleasantly surprised to find she had read my letter and she cared! I had inserted my phone number because I wanted the Consul or a staff to call me. Later on, somebody by name Tetteh Addy from the Ghana Consulate office also called and spent some time going line by line on the Website to find some of the issues.

For the record, I state that this was very much appreciated.

A Little History and Sociology:

The concept of modern public service is new in African traditions, long led by Kings and Chiefs who wielded all power and nobody could question or communicate with except through a maze of Linguists and spokespersons. We did not create forms and documents till we encountered the white man and were actually colonized. Not good, if you ask me!

However, in our own ways Africans in small communities, later called towns, did care for each other very much, as some of us were growing up in rural areas in the 1950s and 60s.

The concept of nno-boa, where communities helped each other in farm areas, is a beautiful concept now lost in our urban areas. Today Judges with no time limits make decisions even on land issues. Frustrations are innumerable. Growing up we never had fences around our houses as they do today in places like East Legon. All the children in a neighborhood knew each other and armed robbery was unheard of!

In traditional Africa a Chief who cared for his people would issue commands for paving the footpath to the farms, clearing weeds in some public areas, or clearing sanitation yards. The village gong-gong was the means of public communication. This was the case just before Independence and after, as some of us can testify. Prof. George Ayittey of the American University and Free Africa Foundation has documented and believes that indigenous African Institutions would perhaps have worked best for our nations. He has suggested that most modern African nations are being ruled by “coconut-heads”.

It is not too difficult to practice modern democracy. The concept of modern democracy in Gold Coast, later called Ghana, started with the use of Town Councils in the 1950s and after Independence, save for the fact that we did not learn yet how to make them representatives of the people before the 1966 illegal overthrow of the Government in a military coup.

A TOWN COUNCIL is the core foundation of a democracy where people in a town elect their own leadership without the modern form of bribery and party gift-giving.

A council to seek common interests and societal management is democracy 101. This was what the people of Ancient Greece started around 586 BC to call a democracy.

It is unfortunate that in the post-Independence era, due to conflicts at the beginning, Dr. Nkrumah left out the traditional chiefs from the constitution. We can change that now. It’s not too difficult to do and make Chiefs members of the Town Councils, something that was even removed from the 1992 Constitution by the junta that had ruled for 10 years and wanted more powers for a longer time.

In my Book Leadership Concepts and the Role of Government in Africa (2007) and PhD Dissertation: “The role of government leadership in meeting the basic needs of the people of Ghana: A qualitative case study” (Danso, K.A., 2006), I explain further the impact of culture on our leadership delivery for social-economic development.

It appears educated Ghanaians and maybe most Africans, have missed the concepts of leadership and most of them don’t even seem to care for the basic needs of their people in society when elected. Brilliant visions and ideas of a leader can often be lost due to poor implementation. Lack of discipline and enforcement of laws and punishment makes democracy a farce.

A case example is the vision of Ghana’s Vice President Dr. Bawumia’s for what some have called a “digital Ghana”. He is trying. However implementation challenges are expected because introduction of any change in human society creates social stresses that need to be dealt with. There are concepts from Engineering and manufacturing called “Quality Control”, and catering or suitability to the customers’ needs, that needs to be considered for optimal implementation. These are vital and valuable inputs for success.

In Electrical Engineering there is a concept we call “feedback control systems”. An output information is returned to an input location to help optimize a final desired output. In Akan language we have a proverb that suggests that he who is building a path does not know that the path is crooked.

Becoming “digital” as the Brits call it, demands some basic rules and adaptations to the society and needs. An example of lack of suitability and viability may be the asking of too many questions and information from a 70+-year-old applicant for parents and grandparents, and too much personal information from Ghanaian family members in the US as Guarantors! For God’s sake let’s learn to be pragmatic and learn from others. If a 70-year-old dies in America would any neighbours call the Ghana Embassy? Nooo!

It is a little weird to ask for a mature man with his own family for his grandparents and parents data, and further ask for two guarantors in America to provide their full Application with date of birth, address, phone, profession, Passport number and dates. What for? In case of emergency?

Yesterday when my nephew told me No, I knew something was wrong! My nephew is a Pharmacist with a doctorate degree. He said he would not provide his Passport Number and dates as well as date of birth and ID and so forth as emergency contact. It is too much information in this “digital world”. And I agree! Building a system that nobody wants to use is not a smart design. All that information is not needed to guarantee for me! What is the value of my wife and children? And by the way who said it is Ghana government duty to repatriate me to Ghana in case of an accident or death!

So fellow Ghanaians tasked to manage, aka officials: Let’s be pragmatic and use some maturity and adjust to the times. Passport information designed 60 years ago may not be needed and applicable today. Being digital does not imply intrusion of peoples’ families and too much unnecessary personal details. After all, are we going to be able to verify parents born in rural Ghana in early 1900s? No!

It is my personal opinion that Ghana’s 1992 Constitution needs to be amended to remove all these divisiveness inserted in our 4th Constitution where those in Ghana during the 1981 coup feel more Ghanaian than those who were or went overseas. It is time we see each other’s as fellow Ghanaians. Why would I invest my money in Ghana and employ Ghanaians for all these years and my old Passport cannot be renewed in a simple 30-45 minutes online! Why?

Anyway we all overseas wish you all in Ghana good luck. Let’s make things simple and let’s take advantage of our global Human Resources as capital for our development and let’s cut out all these bureaucracies! Let’s emulate the concern for service exhibited by Hon. Shirley Ayorkor Botchwey and learn technology from others and build a lasting Ghana for all.

MMDCE appointments shouldn't be seen as job for the boys' - ...
28 minutes ago