A Rejoinder To Jose Tarnue's Stolen Revolution (The Fruitful Revolution) 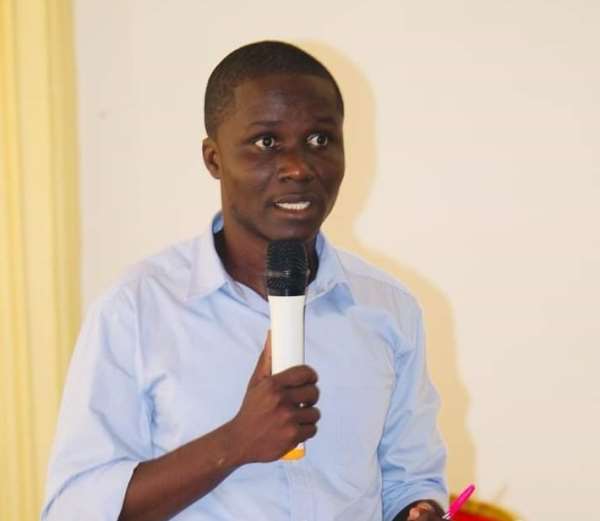 I read your tantrum infested piece in which you labeled the people's party (CDC) as a "Stolen Revolution". Obviously, I wouldn't waste precious time chasing people who know the facts but for political reasons pretend not to. The few clarities and historical insights provided here are rested on my assumption that are you ignorant of the reality at hand and or few hidden hands are bent on exploiting an anger in you that may have come from elsewhere.

Few dozens of patriotic Liberians saw the dire need in 2004 for a political paradigm shift in Liberia's politics and swiftly metamorphose their conviction into a political movement named Congress for Democratic Change (CDC).

They hinged their agenda on an honest search to bring to the table, a Liberian of unblemished character, with driven passion of wellbeing for the Liberian people. They were cleared that said individual should be stainless in relation to the atrocities of the nation's civil strife.

According to the founders of the CDC, the failure of leadership and the resulting civil war greatly impacted the young generation. They came to the realization that it is the youths who must break out of their accustomed complacency and provide a new sense of direction for Liberia as well as the pursuit for economic prosperity.

It's imperative to note that these patriotic Liberians did not lose sight of their quintessential reason of establishing a political party. A year later, they projected a man whose unblemished character is almost extinct in Liberia and made him their Political Leader.

George Weah was fetched out to lead his people because he embodies the hopes and aspirations of the masses, he played zero part in the atrocities of Liberia's civil war and his youthful agility became the ideal conduit to inspire the young people out of their accustomed complacency.

Jose, permit me remind you that the Revolution was never about exclusivity of some Liberians in the governance structure nor denying jobs to a few competent "renegades" who found alternative paths in preparing the way for the Revolution to have a firm grip on raw power. Certainly, the Revolution isn't about instinct worth or providing quick solutions to unattainable quests by few cash driven individuals who feel entitled to every thing. The Revolution did promise to uplift the lives of all Liberians regardless of political affiliations. That's why ideologues of the Party fought against sectionalism.

Initially, I taught not to delve into the living contradiction of you but it's necessary to disengage from coddling anyone who shows a semblance of contradiction in the very thing said individual constantly oppose.

In your fact free write-up - you singled out "Six Renegades" who you claimed are deciding the fate of the Masses Revolution.

It saddens me that you did not underscore your boss Representative Jimmy Smith. It will interest the public to note that Rep Smith holds the CDC's GUINNESS Book of Records as the flip-flopper of all times and he's second on the National stage competing with controversial Menipakei Dumoe.

Rep Smith has rejoined the CDC more than three times. From CDC to UP, from UP to CDC, from CDC to ANC, from ANC to CDC and I am told from insider that he's contemplating another move.

If you are against "Renegades" how come you are comfortably on the payroll of the crème de la crème of Renegades? Let the public render judgement.

The hard questions to be asked now that power is obtained are:

1. Did the Revolution cleave unto it's original intend by projecting an unblemished character who is passionate about the wellbeing of the Liberian people and selflessness far above all?

2. Is the character who's in charge got no part to play in the atrocities of the nation's civil strife and is he a reflection and aspirations of young people as envisaged in the philosophy of the institution?

3. Is the economic emancipation of the Liberian people on course as enshrined in the manifesto of the people's party?

Pulling out factual and truthful responses to these inquiries will eventually resolve the concern as to whether there exist a "Stolen Revolution" or a Fruitful Revolution.

A simple research would inform readers that even you the proponent of the "Stolen Revolution" has not dare question the unblemished character and developmental prowess of Liberia's Miracle Child, Great Man Walking, Born to Succeed - George Manneh Weah as described by Activist Siokin Civicus Barsi-Giah. Instead, he paddle on viciously attacking the workoholic and productive sextuple of the governance structure.

The entry and subsequent election of King George as President of the Republic of Liberia instinctly ignited the quest of young people seeking elected offices as well restoring their dashed hope for a better Liberia.

When the Revolution emerged as victor in 2017 elections, they were confronted with an empty vault. The Sirleafs and their gang of ordained thieves had plundered state's resources.

Starting from scratch, the Fruitful Revolution put in place austerity measures meant to resuscitate the fallen economy. Wise Weah as the arrow head of the Revolution - instantly took a deep 30% percent pay cut and brought down his appointees' monthly earnings to less than seven thousand united states dollars regardless of position. It's fair to remind the public that under the failed Unity Party-led government, Executive Appointees were milking the country by taking homes unimaginable earnings. It is reported that some were earning up to twenty thousand united states dollars monthly.

As the result of this insensitive colossal wage bill by the UP-led government - the country was suffocating developmentally.

The Fruitful Revolution reversed this catastrophic calamity by harmonizing salaries across the government, which significantly reduced the wage bill and development is now breathing fresh air.

Inflation has been controlled from 30% to 8% plus stable exchange rate.

Massive ongoing road connectivity across the country. From Sanniquellie to Logatuo, from Ganta to Yekepa, from Coca Cola Factory to ELWA Junction, from Fish Town to Karweaken plus countless others including communites' feeder roads. Is it possible to achieve all these under a "Stolen Revolution"?

Still on fruits, the construction of modern houses for rural dwellers, replacing huts.

The construction of countless modern market buildings across the country.

The construction of hospitals: the 14 Military, New Redemption, Bopolu Hospital and others. Routinely sending medical practitioners abroad for advanced training. Again, is it possible to achieve all these under a "Stolen Revolution"?

I am not done with fruits yet!

The digitization of the registration process at the University of Liberia.

How on Earth can a "Stolen Revolution" achieved all these within three years?

If the Revolution was able to accomplish all of these plus more within the period of there years amidst inheriting an empty vault plus senseless and ceaseless rioting by desperate opposition and a year later slammed by the stubborn COVID-19 pandemic - it's realistic to conclude that the Revolution would have performed miracle had it landed on an average path.

Whilst I am cognizant of the glaring fact that you have zero chance of brainwashing the minds of the public - it's equally important to nip in the bud writings of such for deterrent purpose!

If the Revolution careth not for its foot soldiers how come countless of partisans are occupying key positions in government? Today, hundreds young people are in positions of influence and making the mother land proud. We have Young Tamba as Monrovia City Mayor- this is only possible understand a Weah-led government.

The Revolution didn't promise Heaven on Earth nor a perfect system. It promised Institutional reforms, the respect of the rule of laws, civil liberty, education, better health, decent work, economic opportunities for all amongst others and yes! It's unexpectedly fulfilling these promises. Are there challenges? Yes! Can we equate these challenges to stolen revolution? Certainly, NOT!

Note: This is Part One. Grateful Masses will regularly update the public on additional edible fruits oozing from the Fruitful Revolution

To those interested, please inbox your WhatsApp Numbers to be added. We got a WhatsApp Chatroom