What’s Wrong With U.S. Policy For Ethiopia and Africa? 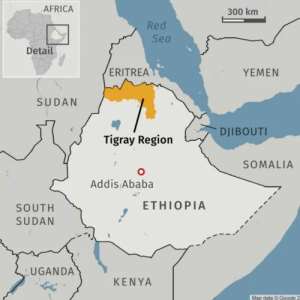 Knowledgeable American analysts of U.S.-African relations are disturbed by the U.S. government’s treatment of Ethiopia. In the first six months of the Biden Presidency, we have witnessed a dramatic reversal of U.S. support for a long standing ally in the Horn of Africa. Ethiopia, the second largest nation in Africa, has been a regional leader, with its bold economic vision to improve the lives of its 110 million people.

Regrettably, there were no robust congratulations from President Biden for either achievement. Following the freest, fairest, and most peaceful elections in Ethiopia’s history, U.S. Secretary of State, Antony Blinken’s only comment was: “the United States commends those who exercised their right to vote on June 21.” Unusual for elections in Africa, not one individual died in Ethiopia’s voting process. In contrast, several Americans died during the January 6th, violent protest of the U.S. electoral vote.

Equally astonishing, President Biden failed to praise the second filling of almost 14 billion cubic meters of water in the reservoir of the GERD, which will lead to production of electricity later this year. Following in the footsteps of former President Trump, the Biden administration and the Democrat controlled Congress, have tried to discourage Ethiopia from filling the GERD. Despite Ethiopia’s important role in Africa, Prime Minister Abiy’s notable reform movement, and the success of his Prosperity Party, President Biden has never talked to the Prime Minister.

Secretary of State Blinken along with several other officials from the Obama administration are leading President Biden’s global foreign policy with their mantra: “democracy, human rights, and rule of law.” But what do these words mean other than a desire to impose their world order on other nations.

Prime Minister Abiy’s non-ethnic based Prosperity Party won overwhelmingly in a democratic election deemed fair, free of violence and intimidation, and credible. Ethiopia Election: A Vote for Peace, Unity, and Prosperity. Millions of Ethiopians approved of Prime Minister Abiy’s policies, giving him a mandate to lead for another five years. That is democracy.

Shouldn’t “human rights” include the most fundamental right; the right for human beings to live a productive and dignified life? How is that possible when Africans are suffering from abject poverty, lack of food, clean water, and electricity. It is not possible.

The solution lies in physical economic development that transforms the conditions of life. As the Ethiopians are fond of saying: “eliminate poverty, don’t manage it.” Aid is not sufficient. Building vital infrastructure is an absolute necessity, not an option. More than anything else, African nations need electricity—a thousand gigawatts at least. Africa needs a minimum of 50,000 kilometers of high speed railroads. With the billions of dollars in aid given to African nations, transformative infrastructure projects could have been built. Isn’t the right to electricity a human right?

Then, why hasn’t Ethiopia been profusely praised for building the GERD to produce 6,200 megawatts (6.2 gigawatts) of electricity. Physical economic development is the most fundamental of human rights.

Prime Minister Abiy, responded to the attacks on the Ethiopian National Defense Force, (November 4, 2020), by the Tigray People’s Liberation Front (TPLF), as a leader should. He used the military capability of his nation to defeat the enemy within Ethiopia. Whatever grievances the TPLF might have had, a violent assault on the government’s military, is an insurrection. Americans have learned that lesson afresh on January 6th. Preserving the sovereign nation-state from a rebel insurgency, is the most supreme responsibility of a Head of State. There is no higher “rule of law,” as President Abraham Lincoln properly understood.

There are several components of U.S. policy towards Africa that undermine Ethiopia’s noteworthy effort to become a self-governing economically independent nation.

First, the U.S. does not have a long term development policy for Africa. It is willing to spend billions of dollars on short term aid, but nothing for large scale infrastructure that would actually improve living conditions. Despite all the attacks, and rantings against China and its Belt and Road, if China were to pull out of Africa it would negatively impact the continent. That is because the U.S. would not step in to fill the vacuum. Sadly, the last U.S. President that understood the importance of physical economic development in Africa, and acted on it, was John F. Kennedy.

Second, one cannot underestimate the general level of ignorance about Africa in U.S. society, especially our elected officials. Yes, there are a few members of Congress who have some knowledge about a few African nations. However, I can report to you with authority, after observing Washington for decades, that the overwhelming majority of Congress, have little knowledge of the actual dynamics, when implementing legislation affecting African nations, Overall, there is no in-depth historical understanding of the African continent or the nations that comprise it.

Third, the continent of Africa is close to last on the list of priorities for American Presidents. Often, U.S. policy for African nations is rarely articulated until the second year of a president’s term, except for the standard four page “talking points” paper on Africa.

Why African Leaders Are Opposed

The Grand Ethiopian Renaissance Dam-GERD, upper right, will drive economic development in East Africa with its 6,200 megawatts of electrical power.

This final point may be the most difficult for many readers to comprehend.

Following the liberation of African nations from the yoke of colonialism three score years ago, African leaders, who fight to improve conditions of life on the continent, always face opposition from within and without. There exists a financial-political elite, perhaps identified as an oligarchy, who see Africa for its material resources and financial gain. They attempt to exploit nations through international finance, manipulated terms of trade, and raw material prices controlled by the City of London based commodity cartels.

The key concerns of the neo-colonialist financial institutions have always been, if they cannot control the leadership of a country, a “divide and conquer” tactic is employed to weaken that nation. War and chaos are the preferred fallback alternatives to losing command of the targeted nation.

They have always opposed genuine development programs that would lift a nation out of poverty, and abhor strong governments and leaders that aspire to national sovereignty. Their ideology is dominated by “geo-politics” that sees the world as a zero sum game of winners and losers. Those with the most political and financial power are the winners. They have little desire to eliminate poverty. Except for the last one to two decades of China’s intervention, the West has dominated the African continent, with no demonstrable proof that their policies have improved the standard of living for the majority of Africans. Any progress in Africa is the result of national leaders, not Western policy.

Abiy is seen as a strong leader with enough personal determination to move his nation forward, as evidenced in the rise of the Prosperity Party, which was founded in opposition to ethno-nationalism.

The most recent vivid example of the elimination of an African leader was the overthrow and assassination of President Muammar Gaddafi, followed by the destruction of Libya. Remember this was done by the “liberal” Obama administration, led by then Ambassador to the U.N., Samantha Power. Many of those same operatives from the Obama era are now part of the Biden Administration. Have those individuals admitted their culpability in creating the failed state of Libya, and the destruction of North Africa after Gaddafi’s removal? Those same cast of characters are attempting to undermine Ethiopia today with their fake and hollow cries for “democracy, rule of law and human rights.”

There is often a coincidence of action and interests between those insisting on implementing their “liberal” doctrine, and the objectives of the political financial elites. 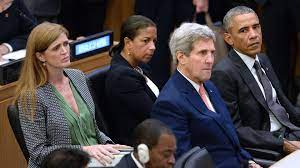 Almost nine months after Prime Minister Abiy chose to defend his nation, the TPLF, now been rebranded the Tigray Defense Forces (TDF), continues their violent attacks on the state of Ethiopia. After the June 28, unilateral declaration of a ceasefire by the government of Ethiopia, the TDF has launched offensive military deployments against two neighboring regions; Afar and Amhara. Not surprisingly, there have been no statements of condemnation of TDF by the Biden administration or Congress. Blinken, and the Congress have never acknowledged Ethiopia’s declaration that the TPLF/TDF is a terrorist organization. Instead, they continued to insist on reconciliation. Thus, establishing an equivalency between a duly constituted government and a rebel insurrectionist militia that is intent on destroying the nation of Ethiopia. This crucial failure, to withhold support from the government of Prime Minister Abiy, is contributing to Ethiopia’s turmoil today.

Is the U.S. lack of support for Prime Minister Abiy, encouraging the TDF to continue fighting? Is the U.S. today still demanding reconciliation with the insurrectionists who have announced their intention to march on Addis Ababa, the capital? Will the TDF military campaigns against other regions spark a greater war? If the conflict spreads in Ethiopia, will the U.S. accept responsibility for their encouragement of the TDF?

Who benefits if Ethiopia is torn apart by war? As the case of Libya has demonstrated; not Africans. If Ethiopia was to be torn apart in inter-ethnic warfare, tens of millions of Africans, not just Ethiopians, would suffer extreme hardship.

It is not too late for the Biden administration to correct its policy towards Ethiopia, before more Africans suffer from the spread of ethno-nationalist war.

Watch my 20 minute interview below, where I discuss the conflict between Ethiopia, Egypt, and Sudan, the filling of the GERD, and U.S. policy towards Ethiopia.