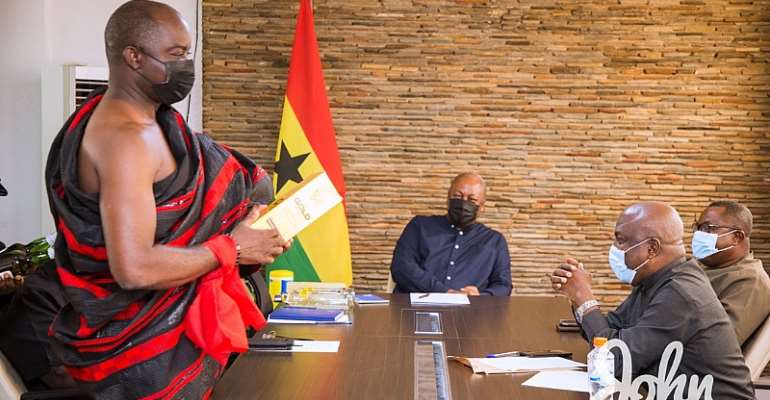 He describes him as someone with a warm personality.

Addressing a delegation from Agortime Kpetoe who called on him to announce the funeral arrangements for the late chief, former President Mahama praised Nene Keteku who reigned for over 50 years for being a development-oriented ruler, as well as being a keen promoter of the culture of his people, particularly their kente industry.

Mr Mahama assured the delegation that he would be joining the chiefs and people of the Agortime Traditional Area to pay his last respect to the late Nene.

“We owe it to him to give him a befitting farewell,” he stated.