Policeman shoots student for not wearing mask in DR Congo 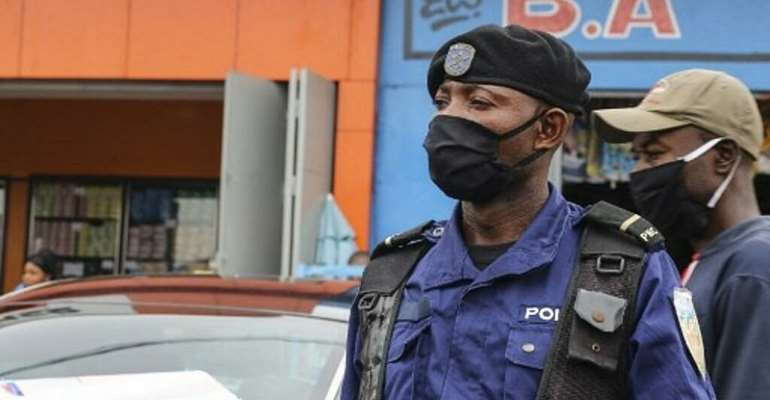 A Democratic Republic of Congo policeman has shot a student who was not wearing a mask while filming on the streets of the capital, witnesses said on Sunday.

"Our friend Honore Shama, a student in the faculty of arts at the University of Kinshasa, was filming a video as part of his acting practical work requirement," Patient Odia, a friend who was present at the confrontation, told French news agancy AFP.

"A policeman told him to wear a mask during the filming."

"Despite his (Shama's) explanations and after having showed him a mask, the policeman, who was expecting to be offered money, became infuriated, accused him of resisting and shot him at point-blank range."

Other witnesses told a similar story to the popular Top Congo radio as well as several online news sites.

The policeman responsible has fled and the city's police are searching for him, the head of Kinshasa police, General Sylvano Kasongo, told AFP.

Fugitive policeman
"Police have detained two police officers, present during the incident provoked by their irresponsible colleague... as well as the head" of a local police station, he said.

"The search continues to find the fugitive policeman," Kasongo said.

In Kinshasa, police are regularly accused of harassment and of pocketing the mask fines they collect.

Vaccinations have been halted in the country since July 10, because the AstraZeneca vaccines in stock passed their expiration date.