Honeymoon period is over; time to represent aspirations of Ghanaians — Bagbin to MPs 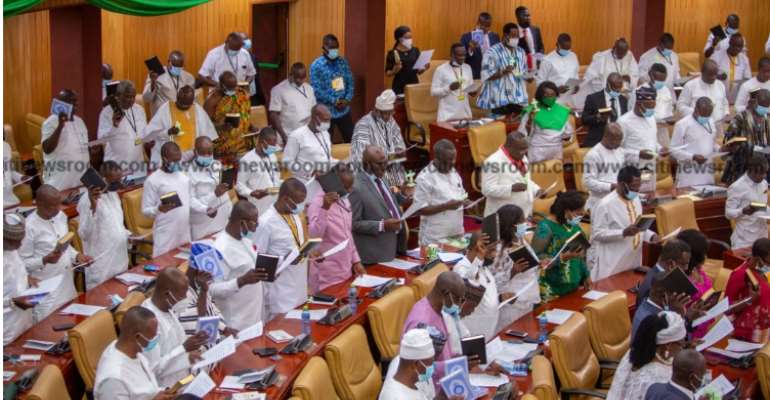 The Speaker of Parliament, Rt. Hon. Alban Sumana Kingsford Bagbin has said that the business of Parliament which is the effective representation of the people will be vigorously pursued henceforth, adding that after over six months in office, the honeymoon period is over and it is time for Members to do the work for which they were elected to their various positions.

“Ghanaians are looking up to us to lead, manage and represent them to translate their values, aspirations, ethics and aspirations into tangible goods and services,” he stated.

The Speaker said this when he read a formal communication to the Members of Parliament before the commencement of public business on the floor on Tuesday.

The communication from the Speaker comes at a time when some some of the public have been expressing their dissatisfaction about the work and behaviour of some MPs, questioning whether they deserve some privileges accorded to them in the 1992 Constitution.

The Speaker also announced that under his leadership, the Parliamentary Training Institute (PTI) and the Parliamentary Service Board has put measures in place to organise intensive training and refresher courses for both Members of Parliament and staff of the Service.

The Speaker also called on Members to be punctual at Plenary in order to get the business of the House done in good time.

Speaker Bagbin further urged Members of the House to adhere strictly to the rules of the House especially in procedural matters and on the protocols and etiquette requirements of Parliament, making specific reference to the way Members dress.