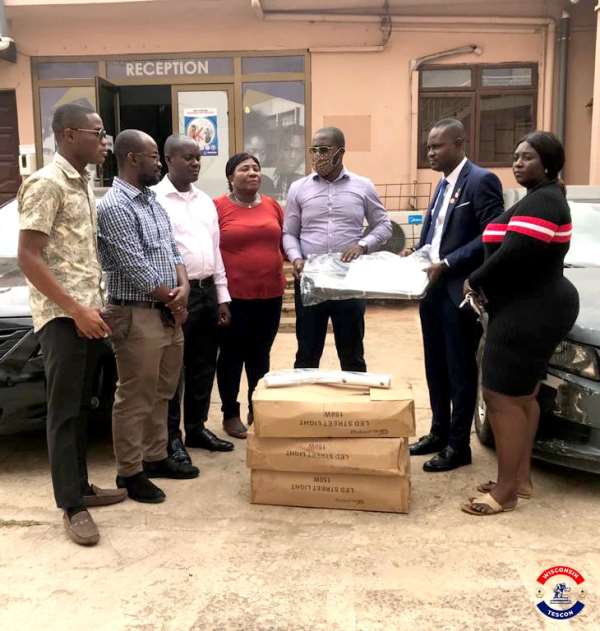 Presenting the streetlights in the company of some of his executives, Mr Prince Amadu Anuwar Sadat a level 400 law student said the donation was a gesture by the TESCON Group as its contribution to the university towards improving the security in the locality.

Mr Prince Amadu Anuwar Sadat also took the opportunity to appeal to management of the university to reconsider the ban imposed on students’ party politics on campus adding that, “sometimes progressive initiatives like this go a long way to contribute not only building proactive students/graduate but also in driving the university’s image and development."

He thanked the group particularly the president for the recent initiatives embarked on since taking office which he says have set such lofty standards for their successors, adding that “these actions have definitely projected the image of the university in many ways.”

Mr. Nurudeen Mohammed promised to relay their request to management of the university and hope that the positive gesture shown by the group will elicit some very positive response from management.