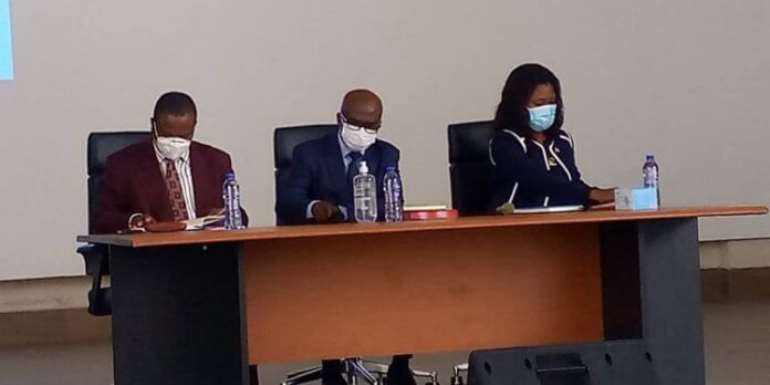 The Chairman of the three-member ministerial committee set up to look into the disturbances that rocked Ejura on Tuesday, June 29 has said Multimedia Group Limited’s journalist Erastus Asare Donkor was instrumental in providing “a lot of evidence” which will help in the final report to be presented to the Interior Minister.

Addressing journalists at the end of his committee’s public sitting on Friday, July 16, Justice George Kingsley Koomson said anybody who has described the evidence given by Mr Asare Donkor as “stupid” was only expressing a personal opinion.

“Who decides what is stupid?” he quizzed.

“We, as a committee, are a fact-finding committee and we have not come out to say that anyone’s evidence is stupid or is irrelevant,” he indicated, “so whoever will describe a piece of evidence as stupid or irrelevant, it is the person’s own opinion.”

This appears to counter Member of Parliament (MP) for Assin Central Constituency Kennedy Ohene Agyapong’s vituperations on his private television station Net 2 TV on Friday, July 9 against the Ashanti Region correspondent of Joy FM after the latter gave evidence at the public sitting.

According to Ken Agyapong, the Multimedia Group journalist was bias in his reportage, fuelling the excesses by the youth of Ejura on Tuesday, June 29.

He, therefore, called for the media practitioner to be beaten up, a suggestion that has led to a petition filed by Multimedia Group at the Ashanti Regional Police Command and copied a few personalities including the Chief of Staff, Speaker of Parliament, Asantehene Otumfuo Osei Tutu II and US-based press freedom groups Human Rights Watch, Committee to Protect Journalists (CPJ) and the International Federation of Journalists (IFJ).

But the Chair of the Committee said: “Erastus gave evidence, a lot of evidence, video and apart from that he appeared before us [and] gave oral testimony and I don’t think none of his evidence looks stupid.

“The fact is that we are a fact-finding committee and we don’t just accept anything. We have to inquire where we don’t understand certain issues.”

He said the media must be receptive to criticism just like any other group that appeared before the ministerial committee over the seven-day period.

Justice Koomson said they will present their recommendations next week for the consideration of the Minister of Interior and, subsequently, the President.