JUST IN: NDC’s March for Justice to go ahead as planned after meeting IGP 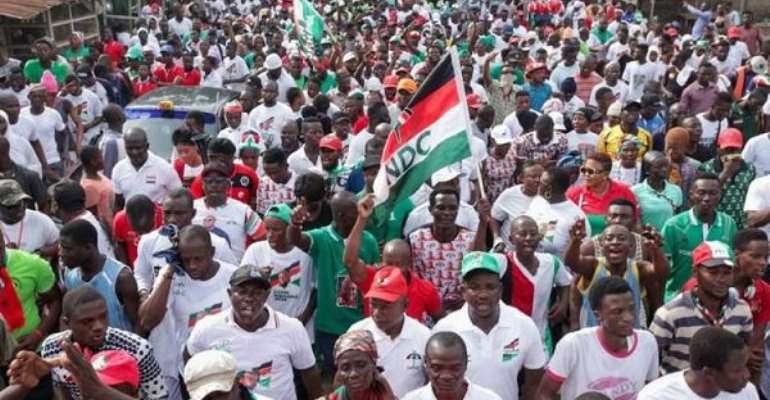 The planned 'March for Justice' by the Youth Wing of the National Democratic Congress (NDC) is set to go ahead following a fruitful meeting with the Inspector-General of Police (IGP), Mr. James Oppong Boanuh on Friday evening.

After writing to the Police on June 30, 2021, to inform them of the planned protest, the Police subsequently replied insisting that due to restrictions on large public gatherings imposed by government to contain the Coronavirus spread, it cannot provide the needed security during the intended demonstration.

Unperturbed, the NDC Youth Wing in another statement stressed that it will go ahead with the protest on July 6, regardless of the Police explanation.

This afternoon, a letter from the Ghana Police Service revealed that the IGP, Mr. James Oppong-Boanuh has scheduled a meeting with the leadership of the NDC Youth Wing this evening.

“The Inspector-General of Police respectfully requests a meeting with the leadership of the demonstration, today, 2 July 2021, at 4:00 pm at the national police headquarters, Accra, for further discussion on security implications and arrangements for the intended demonstration,” part of the letter from the Police said.

At the end of the meeting, Mr. George Opare Addo, national youth organiser of the NDC has revealed that the Ghana Police Service has withdrawn its earlier letter that insisted that they cannot provide security on the day of the march.

According to him, talks with the IGP concluded with the Ghana Police Service agreeing to supervise the protest and provide the needed protection because it is their legal right to demonstrate.

“What we did at the meeting is that we agreed on the routes we’ll be using for the demonstration”, Mr. Opare Addo said in an interview on Class FM.

With the coast cleared, the NDC Youth Wing will on Tuesday, July 6, 2021, hit the streets to protest for justice.