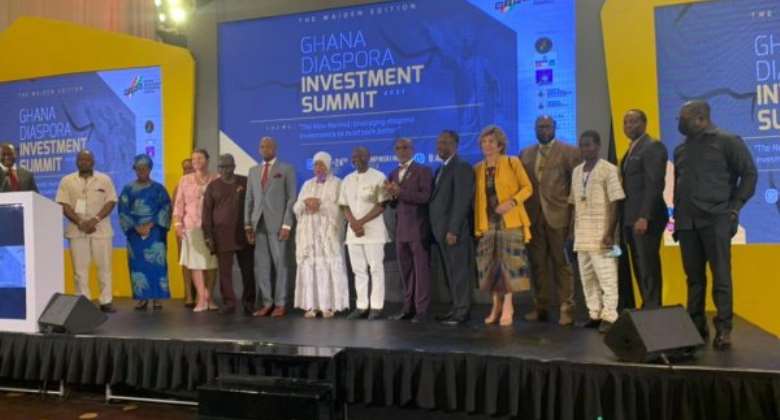 Ken Ofori-Atta, the Finance Minister, has urged the diaspora community to return home with their talents, capital, skills and knowledge to facilitate Ghana's growth.

He implored them to return with honesty, open-mindedness, optimism, and moderate expectations and that there were opportunities for the diaspora community.

“There will be challenges but you need to exercise patience to tolerate the inefficiency in the system with the intention of helping it to be better. We will do all we can to help you settle in,” he said.

Mr Ofori-Atta, who was speaking at the maiden edition of the Diaspora Investment Summit that seeks to create an avenue to foster partnerships between local and Diaspora investors said returning home signified a sense of belonging and uniting with family.

The event, which was on the theme: “The New Normal, leveraging Diaspora investments to build back better.” showcased Ghana as a destination of choice for doing business to spur the inflow of Diaspora Direct Investments.

The Finance Minister said Ghana was not just geography but an idea of independence, unity, and freedom, which was begun by Dr Kwame Nkrumah, the First President.

He explained that 60 years on had been given African Continental Free Trade Area (AfCFTA) which signified economic emancipation.

He revealed that 69 percent of countries signed to the agreement had legally accepted the obligations to open markets, reduce trade barriers, reduce barriers to investments, and also adhere to a single set of rules for trade and investment on the African Continent.

He said phase one of the agreements aimed at reducing tariffs and non-tariff barriers to goods and advance in the liberalization of trade in services.

Mr Mene said phase two involved agreements of investments, competition policy, and intellectual property rights which would have a fully developed Investment Protocol by December 2021 while the third phase entailed provisions of e-commerce.

He stated the diaspora possessed positive developmental potential, which would help mitigate the development challenges of Africa and Ghana when well utilized.

The General Secretary indicated that the Ghanaian diaspora had a significant role to play in the government's developmental effort in building the country beyond aid.

Mr Mene mentioned that Ghana would not have to reinvent the wheel in forging a meaningful link with its African diaspora due to the number of initiatives that had already been undertaken towards deepening cultural linkages and bridging the physical divide between Africa Diaspora and the country.

“Initiatives such as the highly successful Ghana Year of Return in 2019, designed to symbolize 400 years since the first enslaved African arrived in Jamestown, Virginia in 1619, resonated with the African American community in the United States and served to further inculcate linkages between Ghana and the diasporan counterparts,” he said.

Mr Mene recommended that such initiatives should be reviewed to extend beyond tourism and target foreign investment and business partnerships.

Take bold decisions to turn things around, not just talks – ...
13 minutes ago

'You do nothing while Ofori-Atta makes a fortune of our loan...
58 minutes ago