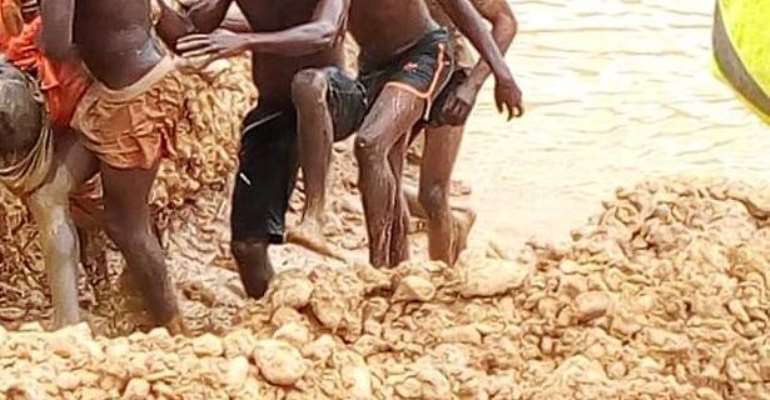 Wrowroso, a farming and a galamsey community in the Odotobiri Constituency of the Ashanti Region has been thrown into a state of mourning when a 17-year-old boy was trapped to death in an illegal mining popularly called galamsey pit.

The heartbreaking incident, happened today after the teenager, Kojo Poku went to the mining site with his boss.

Eye witness, Ante Ama disclosed to Silver FM's Filasco Degeneral that, the pit was filled d with water when they got to the site.

They added that the deceased was tasked to empty the pit with a pumping machine so they proceeded as ordered by his boss.

Unfortunately, the pit suddenly caved in on him resulting in his untimely demise.

He was trapped under the pit and got his belly exploded with the lumps of the sand.

His intestines gushed out from his stomach", the eye witness told the reporter.

The body had since been conveyed by the Obuasi Police Command.