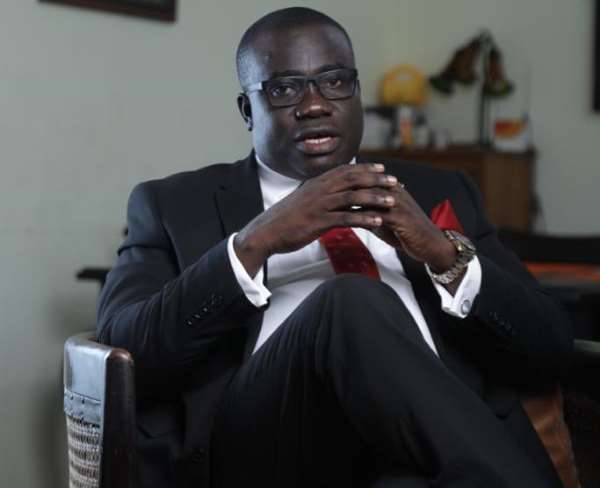 The Member of Parliament for Dormaa East, Paul Apraku Twum Barimah has called on government to prosecute signatories who negotiated the Ghana Power Generation Company (GPGC) power purchasing agreement on behalf of the government of Ghana for causing financial loss to the state.

He described as sad the decision by some officials in the erstwhile NDC administration to sign the agreement for their "selfish interest" at a time the nation did not need such agreements.

He called for such persons to be identified and punished for acting in bad faith and deliberately causing financial loss to the state.

A report by the Public Procurement Authority committee constituted by government in September 2016 to study the agreement revealed that the agreement was not properly made resulting in excessive power supply.

According to Honourable Twum Barimah Ghana is forced to cough up more than 500million dollars every year to pay for excess capacity from the Take or Pay power agreements. In effect, independent power producers have received payments for excess capacity charge of US$937 million between 2017 and 2020; a situation he described as worrying.

He blamed the situation on the “unsolicited power purchasing agreements” the erstwhile Mahama administration signed with the Independent Power Producers (IPPs) at the time.

The worrying aspect, the honourable MP stated, is the fact that less than 40percent of the Take or Pay agreements is being used by the State.

According to him, per the terms of the agreement, the country still pays for the remaining power it is not using or has not been utilised.

He added that the unused power contributed to the high cost of electricity the NPP government inherited from the previous NDC.

“40percent of the Take or Pay power purchase contracts were not used. Ghana now pays almost 500million dollars annually for excess capacity that it is not using which we have committed to.

His comments come hours after the Attorney General, Godfred Yeboah Dame disclosed his intention to lodge a formal complaint with the Criminal Investigations Department (CID) to investigate the Power Purchasing Agreement signed between the erstwhile NDC government and Ghana Power Generation Company (GPGC).

The Attorney General, Mr Dame in a statement blamed the signatories to the agreement for the $170 million judgement debt that the government of Ghana has been instructed to pay to GPGC, by a Commercial Court in London, for unlawful termination of contract.

He said, “the fact as borne out by the PPA committee’s report was that the agreement, together with other agreements, had resulted in such excessive power supply to the state. The state was going to lose $586m per annum and a cumulative cost of about $7.6billion dollars between 2013 and 2018.”

He stated that he is putting some documents together to request a formal enquiry into the conduct of the public officers who handled the agreement.

“I, on account of all of this, am going to write a formal complaint requesting an enquiry by the CID into the conduct of the public officers who acted in the manner which resulted in the signing of an agreement which resulted in financial loss to the state.”

“I think that first and foremost the entry into the agreement itself was wrong. There was no justification because their own committee determined that the agreement was going to result in excessive power.”

According to Godfred Dame, a report presented by a committee constituted in September 2016 advised on the abrogation of the contract.

“The committee set up by the NDC in 2016 – against the background of a recognition that there were so many PPAs entered into by the NDC administration, and therefore those agreements were going to result in excessive capacity development, as it was termed – came to a conclusion that this agreement had to be terminated. The committee singled out this particular agreement for termination.”

The Commercial Court in London, reportedly refused to allow Ghana to bring a belated challenge to an UNCITRAL award worth over US$134 million in favour of a power contractor, ruling that national elections and COVID-19 pandemic, did not make the state's delay reasonable.

The case started under Gloria Afua Akuffo, then Minister of Justice and Attorney General, with Godfred Yeboah Dame as one of her Deputies.

The delay resulted in the State having to pay US$170 million in damages to the claimants; Ghana Power Generation Company (GPGC) located at 1 Airport Square Building, 7TH Floor, Accra.

In a ruling on Wednesday, June 8, 2021, Mr Justice Butcher, refused to grant the government a time extension to set aside the award, saying, the State's grounds for challenging it were “intrinsically weak”.

The underlying dispute is about government's alleged wrongful rejection in 2018 of a contract for a “fast-track power generation solution” – involving the relocation of two aero derivative gas turbine power plants to the government's territory.

The tribunal also dismissed the government's counterclaim, according to reports.

It is said the award is worth around US$170 million and under English law, the government had 28 days to bring a challenge to the award.

Three days before the expiry of that deadline, the government's then solicitors, Omnia Strategy applied to the court for a 56-day extension, due national elections and COVID-19, reports indicate.

The court, reportedly, agreed to extend the deadline for any challenge to March 8, but the government only brought its set-aside application on April 1, now represented by Volterra Fietta.

Reports say, in the latest ruling, Butcher J, said the government's delay was “significant and substantial”, as its request for a second extension had come 38 days after the statutory deadline and 27 days after the first extension expired.

That an entity may have “bureaucratic decision-making processes, ” does not justify delay, the court said, adding that, for arguments about Covid-19 , the evidence as to the way in which the pandemic had affected the government was “wholly inadequate”.

The judge reportedly said there was no unfairness in denying an extension, as the government had already been granted one extension and was solely responsible for having missed the deadlines.