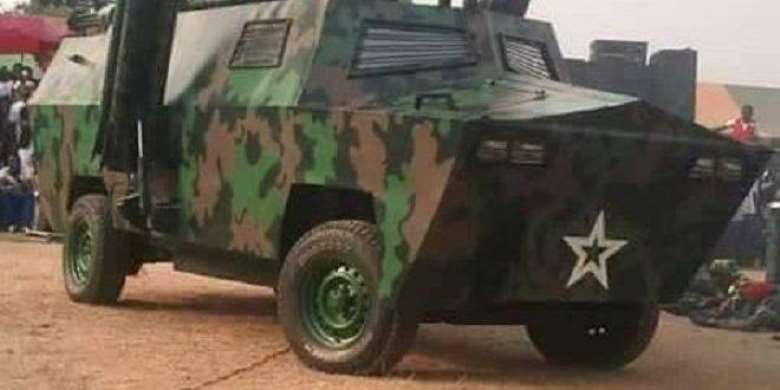 The central bank is in talks with Kantanka Automobile company on the possibility of manufacturing armoured bullion vans for transporting money.

It is noted that four banks have so far engaged the local automobile firm to manufacture such vans for their operations.

The Chief Executive of the Kantanka Group of Companies has described the move as patriotic.

“When these vehicles are made right here, it will be easier for maintenance and servicing unlike when they are manufactured abroad which will be difficult to service not to talk of car parts.”

Kwadwo Safo Jnr. has noted that the police service’s end of June deadline to banks to acquire armoured bullion vans is not realistic.

According to him, it will take maximum seven weeks to manufacture such vehicle; five weeks for an express order.

The move follows the recent robbery attack on a bullion van carting money at James Town leading to the death of the police officer escorting the van and another woman who was hit by a stray bullet.

Another robbery attack on a bullion van on the Winneba-Accra highway was recorded in the same week.

---with files from 3news

Latest Photo Reports
Catch up with all the political quotes from our politicians.
Advertise here
More Headlines
ModernGhana Links
Even if e-levy is reduced to 0.001% it would be rejected – ASEPA
Mahama hands over renovated boys dormitory block to Ghanasco
Majority MPs can't just get up and shout me out of Parliament, they have no right – Asiedu Nketiah
137 MPs can’t reject budget, 2022 Budget still stands — Majority fight back
Rejection of 2022 budget is victory for Ghana – Sam George
Akufo-Addo commissions cocoa processing plant in Tema
Bagbin fly to Dubai for medical review after budget rejection
Allegation of bias after rejection of 2022 budget unfounded — Parliamentary Service
Prempeh College wins 2021 NSMQ after beating PRESEC-Legon, Kestasco
TOP STORIES