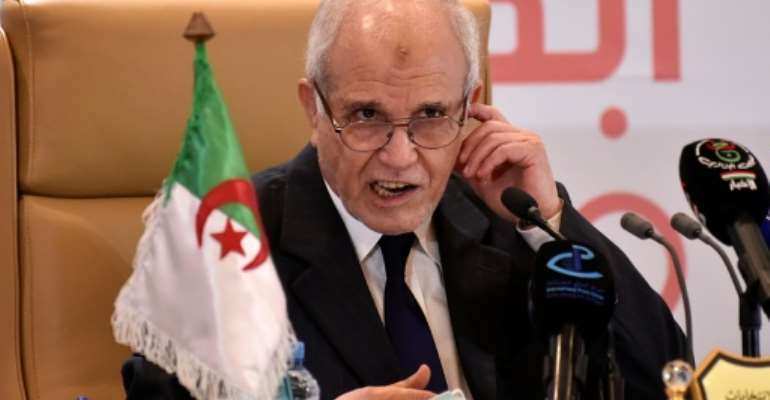 Algeria's long-dominant National Liberation Front (FLN) won weekend parliamentary elections, but with a significantly reduced number of seats and with the country's lowest ever turnout at 23 percent, the electoral board said Tuesday.

The vote was boycotted by the long-running Hirak protest movement and followed a string of arrests of opposition figures, with police deploying heavily in the capital Algiers to pre-empt any attempt to hold rallies.

Only 5.6 million of more than 24 million eligible voters lodged a ballot at Saturday's polls -- a record low turnout of just 23.03 percent -- with more than a million invalid votes cast, the ANIE electoral board said in provisional figures.

According to the initial results, the FLN led with 105 out of 407 seats, electoral commission chief Mohamed Chorfi said.

The result is better than expected for the FLN, which emerged from Algeria's long struggle for independence from France in 1962 and was the country's sole party until the first multi-party elections in 1990.

But the party of autocrat Abdelaziz Bouteflika had been considered moribund after the ailing president resigned under pressure from the army following weeks of mass Hirak protests in early 2019.

If the results are confirmed, the FLN will have lost more than 50 seats and will control just a quarter of the new assembly.

Independents came second with 78 seats while the Movement of Society for Peace (MSP), a moderate Islamist party, came third with 64.

Ahead of the official results, the MSP had said its candidates were in the lead in most regions, warning against "numerous efforts to alter the results".

But Chorfi said that "the foundations of this parliament have been built in total freedom and transparency for the people".

Said Salhi, the vice president of the Algerian League for the Defence of Human Rights, said "the results, unsurprisingly, came from a closed election that was held in a climate of repression".

"It was another missed opportunity for change and democracy," he told AFP.

Louisa Dris-Ait Hamadouche, a political science professor at the University of Algiers, said the record low turnout "shows to what extent this election, like those that preceded it, are not the solution to this crisis".

President Abdelmadjid Tebboune, himself elected on an official turnout of less than 40 percent in late 2019, had put on a brave face regarding the highs rate of abstention and ruined ballots.

"For me, the turnout isn't important. What's important is whether the lawmakers that the people elect have enough legitimacy," Tebboune said Sunday.

The Hirak, which apart from a hiatus due to the coronavirus pandemic had held twice-weekly demonstrations for reform until they were effectively banned last month, had already rejected the polls as a "sham".

After a quota system introduced in 2012 was abolished, Algeria's next parliament will now be almost exclusively male, with only 34 women -- out of 8,000 candidates -- elected, compared to 146 women in the previous assembly.

Hirak had boycotted the vote, as with a constitutional referendum in November that gave additional powers to the presidency and the army.

But voting day was mainly calm, except in the region of Kabylie, where ballot boxes were ransacked and security forces detained dozens of people, rights groups said.

Two prominent journalists detained on the eve of the election and released Saturday, Khaled Drareni and Ihsane El Kadi, condemned their "arbitrary" arrests.