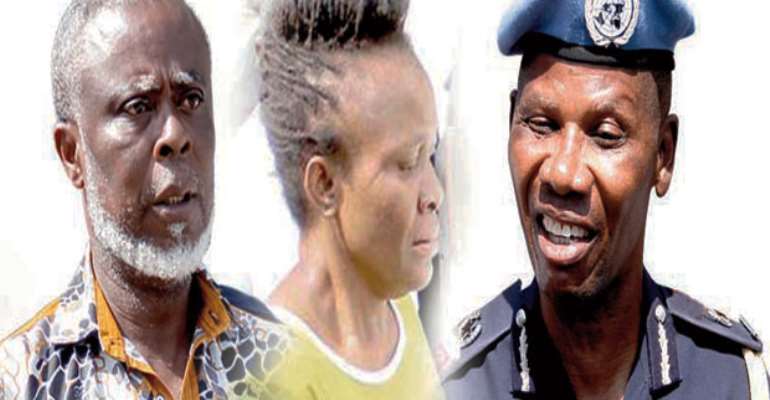 Victor Kwadjoga Adawudu, the lawyer for Dr Frederick Mac Palm, standing trial for treason, has disputed the voices on the audio recordings used as evidence in the ongoing treason trial.

He said they were not those of his clients.

He challenged Colonel Isaac Amponsah, Director of Operational Intelligence at the Defence Intelligence Department of the Ghana Armed Forces, the first prosecution witness, that the voices on the audio recordings were not his clients'.

“Did you test the voices on the audio recordings to know those speaking,'' he queried and Colonel Amponsah said the military compared the voices on both video and audio and they were the same.

“I am putting it to you that because you have no training in sound, editing and engineering you cannot determine people's voices on audio,” he said.

“Are you aware that with technology other people's voices can be imposed on audios,” he asked the witness, who responded that he was aware but if one did that it would not sound same.

The lawyer argued that since all the recordings were not complete, the witness' assessment of them were his personal opinions and not facts.

However, witness told the Court that his assessment were not only based on the military informants' reports but those from the BNI.

He explained that the audio recordings were not doctored because Sergeant Awarf Sule, the one who recorded them at the various meeting times, brought them in their original states.

“Besides most of the information on the recordings were corroborated by the BNI's monitoring and surveillance,” he said.

Counsel for Lance Corporal Ali Solomon also cross-examining the witness, challenging him that it was not illegal for the “Take Action Ghana – TAG,” a non-governmental organisation registered under the law, to have a social media platform, where they communicated.

Colonel Amponsah agreed that it was a registered entity, which among other things, was to register the TAG, open a web account, create a website, establish social media platform and mass civil uprising that would lead to the occupation of the Flagstaff House, Parliament, shut down government, and arrest those who had stolen Ghana's money.

The accused persons are Dr Frederick Mac Palm, Donyo Kafui, aka Ezor, a blacksmith and Bright Allan Debrah Ofosu, aka BB all civilians.

The others are Warrant Officer Class II (WOII) Esther Saan aka “Mama Gee” of the Military Academy and Training Schools and Johannes Zikpi, a civilian employee of the GAF.

They have been charged with offences including conspiracy to commit treason, treason, abetment and possession of weapons without authority.

They have all pleaded not guilty to the charges and are on 10 million cedis bail.

All ten are being tried by a three-member panel of judges: Justice Hafisata Amaleboba, Justice George Oppong, presided over by Justice Afia Serwaa Asare-Botwe.